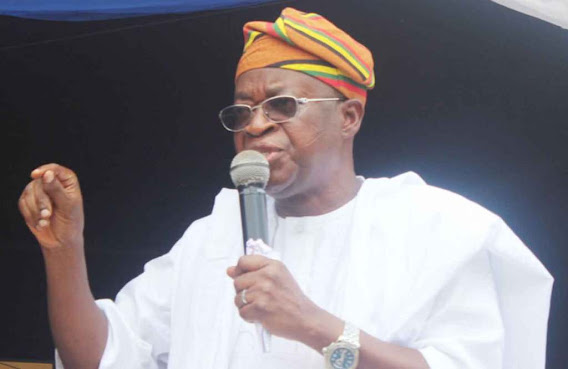 The victory of Ademola Adeleke of the Peoples Democratic Party (PDP) as the governor-elect of Osun State has been described as one achieved with lies and propaganda.

This was stated by Ismail Omipidan, the Chief Press Secretary to Governor Adegboyega Oyetola, while featuring on a radio current affairs programme in Osogbo on Tuesday.

Omipidan insisted that the Osun PDP and the governor-elect had deceived the Osun electorates to gain their votes with propaganda.

According to Omipidan, despite the minus allocation from the Federal Government received by Oyetola led-government in previous months, civil servants still received their salary, including pensioners.

In his words, “They lied to the civil servants about issues relating to pensions and unpaid salaries.

“It was also brought to our attention that in some polling units in Owode-Ede, people were still observed voting till about 9pm on Saturday.

“We have video evidence of this.”

Speaking on his principal accepting the defeat, Omipidan noted that they were still studying the outcome of the election and would come out with their stand in an appropriate time.

Recall that Adeleke defeated the incumbent governor, Oyetola by scoring 403,371 votes, while the latter had 375,027 votes.