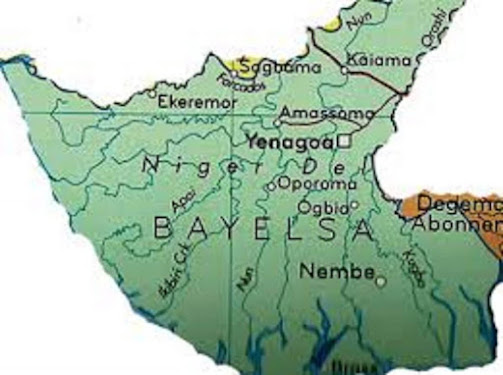 The Bayelsa State Government on Friday indicated its readiness to pay severance allowances to the current crop of serving Local Government Chairmen and Councillors in the state, whose tenure of office is expected to end in August this year.

The Deputy Governor, Lawrence Ewhrudjakpo, disclosed this during a courtesy call by the Chairman, Commissioners and the Permanent Secretary of the Local Government Service Commission in Government House, Yenagoa.

Senator Ewhrudjakpo said this was the first time in the history of local government administration in the state when elected Chairmen and Councilors would receive their full severance entitlements upon the completion of their three-year term in office.

He noted that as part of the oversight functions of the councils, the State Government had through his office, assisted the eight local government councils since inception to save funds to ensure a seamless payment of the severance allowances.

He said none of the eight councils would hand over with a deficit balance due to the financial prudence template introduced by the Prosperity Administration to manage the funds of the councils.

His words, “The decisions we took, especially with regards to financial prudence of the local government councils, for which we were initially vilified and crucified are now yielding fruits. Today, we are being canonized that we have done the right thing.

“Right now, we are settling severance for the first time, and no local government is going with deficit.

He assured that government would start commissioning all successfully completed infrastructural projects undertaken by the various councils across communities in the state.

Responding to some of the issues raised by the LGSC Chairman,, Senator Ewhrudjakpo said it was quite imperative for the Commission to carry out general inter-local government senior staff transfers to improve the unified local government service.

Speaking earlier, the Chairman of the state Local Government Service Commission, Lambert Ototo, explained that the visit was to principally inform the Deputy Governor of their achievements and needs, including official vehicles and the approval of a five-day retreat.

Chief Ototo, who thanked the Governor Diri-led Administration for non-interference in the smooth running of the Commission, however, appealed to the government to carry out repairs on their office and parking lot at the old secretariat, which suffers flooding in every downpour.