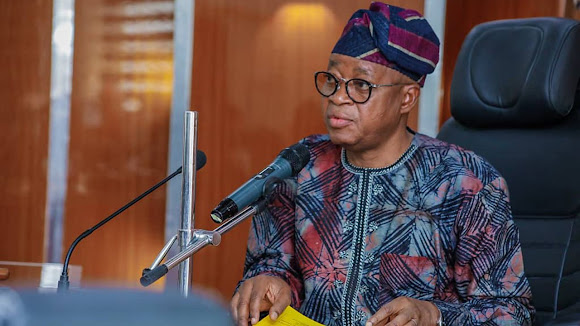 Osun State Governor, Adegboyega Oyetola has charged members of the All Progressives Congress (APC) in the state not to be discouraged by the outcome of the gubernatorial election.

This is as he charged party members not to allow the outcome of the election cause disaffection and division within the party as it was still the ruling party in the state.

Governor Oyetola gave this charge as he met party members, supporters and officials on Friday in Osogbo.

While preaching peace and unity among party leaders and members across all levels, from ward, local government and state, the governor advised party members who have grievances to in the interest of the party, channel them through the appropriate quarters and stop expressing them publicly.

Reiterating his commitment to the well-being of the people and the development of Osun, he emphasised that as Governor, he will continue to govern with the fear of God and love of the people.

In a separate meeting with heads of security agencies in the state, Governor Oyetola also charged the security commanders to continue to maintain law and order in the state.

He promised that the government will continue to provide the necessary support.

The meeting with the heads of security agencies reviewed the security situation in the State which included last Sunday’s incident where some hoodlums and political thugs seized some parts of the state to harass, intimidate and attack innocent citizens.