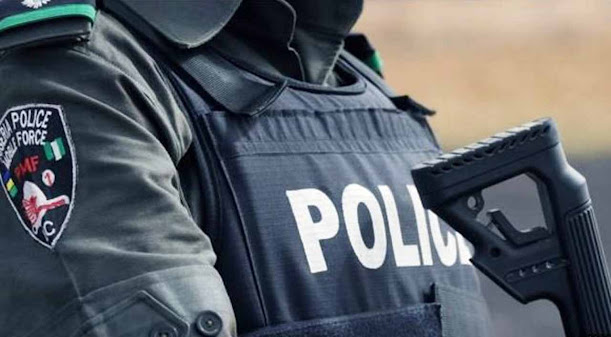 A police inspector, Peter Sorro has lost his life in Ifewara, Osun State, during a fierce fight with suspected kidnappers.

It was also learnt that during the gun battle, one of the kidnappers, a suspected Fulani herdsman, lost his life.

According to Opalola, “At about 0900 hours, one Inspector Lato Abson of MOPOL 32 Squadron, Ebonyi State attached to E. C. Ice Resources Nigeria Ltd reported at Ifewara Division that at about 0810 hours, while they closed from night duty from their mining site located Aruwa village via Ifewara at about 0700 hours, himself and one Inspector Peter Sorro and one other Sergeant of the same Squadron were coming in a vehicle with their two (2) white me together with the company driver.

“Suddenly, some hoodlums opened fire and were shooting at their vehicle and Inspector Peter Sorro was killed.

“The Sergeant quickly came out from the other side of the vehicle and opened fire at the rampaging hoodlums and killed one of the kidnappers – (Fulani), recovered his AK47 rifle with Breech number 97698, one magazine loaded with 16 rounds of live ammunition and when searched, extra 38 rounds of live ammunition and two Tecno button mobile phone recovered from the dead hoodlum, while the late Inspector’s AK47 rifle Breech number and a number of rounds of ammunition yet unknown were carted away by other kidnappers.

“DPO Ifewara promptly mobilised a combined team of police detectives and vigilante group to the scene, combed the bush where four Fulani suspects were arrested and two Android mobile phones were recovered from them.

“Meanwhile, the two corpses were evacuated and deposited at OAUTHC, Ilesa morgue for autopsy.”