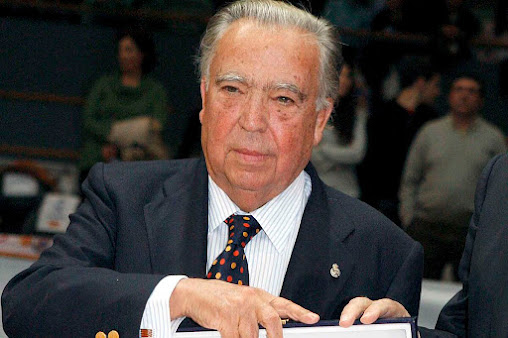 Real Madrid has reacted to the death of their former Basketball coach, Pedro Ferrándiz.

Ferrandiz passed away at the age of 93 on Thursday.

Reacting to the sad news, Real Madrid, in a statement via its website extended its condolences, warmth and affection to Ferrandiz’s relatives, teammates and loved ones.

The Los Blancos also described the late Spanish as the most decorated coach in their history.

The statement read in part, “Real Madrid C. F, its president and Board of Directors are deeply saddened by the passing of Pedro Ferrándiz, honorary member of Real Madrid and one of the biggest legends in the history of our club and international basketball.

“Pedro Ferrándiz is the most decorated coach in Real Madrid history.

“Real Madrid extends its condolences to all madridismo and fans of basketball around the world. May he rest in peace.”