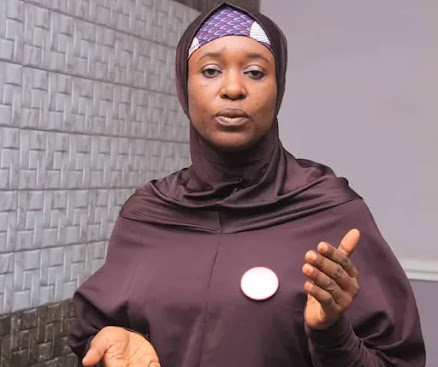 Aisha Yesufu, a rights activist, has reacted to the alleged fake Bishops present at the unveiling of Kashim Shettima as the All Progressives Congress, APC, presidential candidate, Bola Tinubu’s running mate.

In a tweet, Yesufu wrote: “Dear Nigerians on social media So Tinubu campaign team gave you all an assignment yesterday by bringing “fake” bishops and directing your conversation away from the religious exclusion the Muslim-Muslim ticket is. What are you going to give them to talk about today?”

Recall that during the ceremony at the Shehu Musa Yar’Adua Centre in Abuja on Wednesday, some persons robed in apparel peculiar to that of Christian clerics attended the event to show support for the APC vice-presidential candidate.

The Christian Association of Nigeria, CAN, accused the APC of hiring “artisans” to act like clerics.

Conversion on Tinubu’s decision to settle for a Muslim-Muslim ticket has continued to heat Nigeria’s political atmosphere.