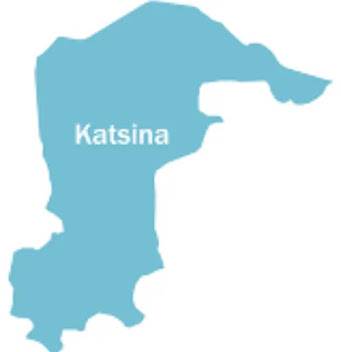 Over 400 terrorists suspected to be from Ado Alero camp, the wanted terrorist kingpin on Nigeria Police watchlist that was recently turbaned Sarkin Fulani of Yandoto, stormed a police checkpoint in Kankara Local Government Area of Katsina State where they killed five police officers on special duty and four civilians on Wednesday.

According to a source, the well armed assailants who came from Zango forest, stormed the Kankara Police checkpoint riding on over 200 motorcycles.

When contacted, the spokesman of the Katsina Police Command, SP Gambo Isah, confirmed the report.

He also disclosed that the five policemen killed were sent on special duty to Katsina from Kano.

According to Isah, the policemen were killed by the assailants alongside three civilians in the course of repelling an attack on Gatigawa village at about 6:45pm on Wednesday.

“The terrorists were over 300 in their number and were fully armed. The five policemen are from Kano State and they were on special duty at Gatikawa.The terrorists attacked them at about 6.45 p.m.

“The terrorists also killed three civilians. Investigation is already in progress over the matter by the Katsina State Police Command to unravel the circumstances surrounding the incident.”

It was also gathered from a resident of the area who did not want his name mentioned, that many locals were injured in the attack and as well rustled unspecified numbers of animals from the community.

He added that those who sustained injuries during the invasion were rushed to hospitals by security personnel, just as the military positioned its vehicles with heavily armed personnel in the area in the early hours of Thursday.