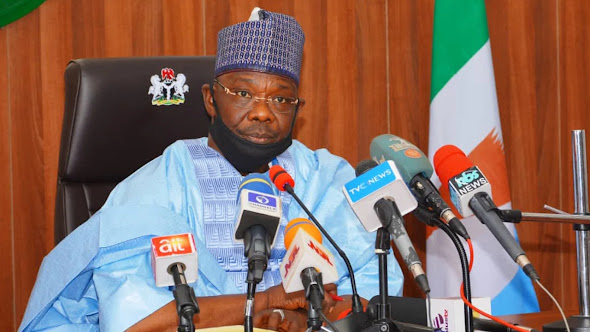 Governor Abdullahi Sule has given an insight into the emergence of Bola Tinubu as the All Progressives Congress (APC) presidential candidate.

The Nasarawa helmsman spoke on Monday in Lafia, the capital, at a meeting with state officials.

Sule hinted that the North conceded the APC ticket to the southern region based on democratic credentials.

The governor said the decision was taken “to protect the image of the North”.

“We don’t want the northern part of the country to be seen as people who don’t keep promises.

“We want the North to be seen as a region that can make sacrifices for other parts. We believe in fairness.

“We believe this position should rotate to the South, irrespective of who emerges”, NAN quoted him saying.

Sule refuted rumours that his colleagues from the North got money to support the zoning of the APC ticket to the South.

The stalwart added that his administration had set in motion machinery to reconcile aggrieved party members.

Addressing appointees present at the parley, the governor warned those of them not loyal to quit.

“If you know you are disloyal to the government, please be human and resign”, he said