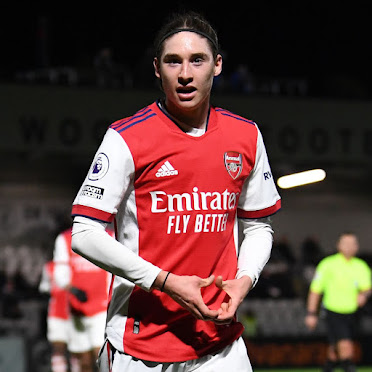 Arsenal has confirmed that it recently reached an agreement for attacking midfielder, Marcelo Flores, to join Real Oviedo on loan.

The Premier League club disclosed this in a statement via its website on Wednesday.

The statement read in part, “Marcelo Flores has joined Real Oviedo on a season-long loan.

“The 18-year-old will spend the next campaign in the second tier of Spanish football to continue his development, having joined us from Ipswich Town in 2019.

“We wish Marcelo all the best for his loan spell in Spain and we look forward to seeing his continued development.”

His impressive performances earned him a place in the senior squad against Crystal Palace in the Premier League in April of this year.