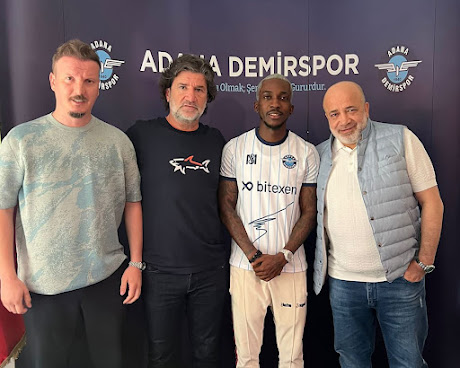 Adana Demirspor have the option to make the deal permanent next summer.

“Our club signed a 1-year rental contract with Henry Onyekuru with an option to purchase,”reads a tweet on the club’s official Twitter handle on Sunday.

Onyekuru joined Olympiacos from French club, AS Monaco last season but struggled to make an impact at the club.

The forward scored one goal and recorded one assist in 27 league appearances for the Red and Whites.

The player once had three loan spells at another Turkish club, Galatasaray.

He mustered an impressive 34 goal involvements (22 goals, 12 assists) in 71 all-competition appearances at Galatasaray.