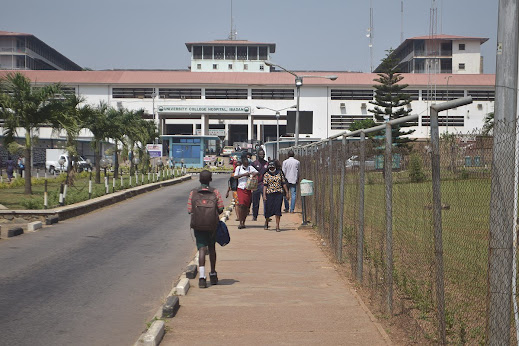 The University College Hospital, Ibadan has said that it has withdrawn its memo which mandates patients using the health facility to pay a sum of N1,000 per day.

Saga Gist recalls that an internal memo, which was obtained by our correspondent, has said that each of the patient using the facility is to pay N1,000 on a daily basis.

The management of the tertiary health institution said that it took the decision due to erratic supply of electricity.

It claimed that the management decided to task the patients using the Federal Government-owned health facility due to the increased electricity tariff and price of diesel.

The management of the tertiary health institution, however, said that it has withdrawn the internal memo.

The management made this disclosure via a statement signed by the Director of Administration of the Hospital, Mr. S. O. Oladejo on behalf of the Chief Medical Director, Professor Jesse Abiodun Otegbayo.

Oladejo, in the statement through the Public Relations Officer of the hospital, Toye Akinrinlola, confirmed that the hospital has withdrawn the memo.

He said, “The attention of the Management of the University College Hospital, Ibadan has been drawn to a publication in all sections of the media alleging that the Hospital is charging N1,000.00 per patient daily for electricity.

“The Hospital wishes to state that the memo being referred to was an internal memo which we did not implement after a thorough review from internal mechanisms for such issues and has since been withdrawn. At no point did the hospital charge electricity fee.

“We appeal to the public to ignore the said publication”.