Why we signed Bassey from Rangers – Ajax chief, Hamstra 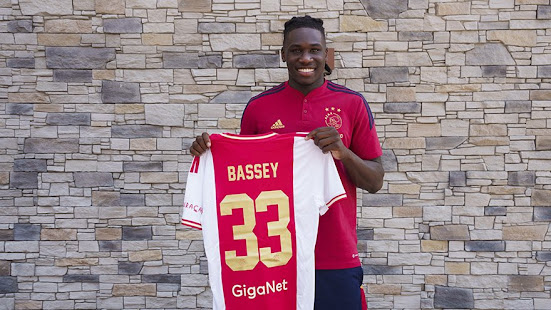 The Eredivisie champions announced the signing of the 22-year-old from Scottish Premiership outfit, Glasgow Rangers on Wednesday.

Ajax paid €27m for the player, who broke into the Rangers’ starting line-up under Giovanni van Bronckhorst last season.

The left-back caught the eye of a number of clubs across Europe after his energetic display in the Rangers’ UEFA Europa League final defeat to Eintracht Frankfurt Frankfurt.

Hamstra believed that they can reap the benefits of the former Leicester City youth’s accelerated development.

“Calvin got into professional football late at Leicester City. From there, like Jaap Stam and Virgil van Dijk did a bit in the past – he fought his way up. Calvin is an open personality and he has really taken off at Rangers,” he told the club’s official website.

“We are getting one of the stars of the Europa League final. At first, he played as a left-back but then Giovanni van Bronckhorst put him in the centre. He is a boy who has made great strides in a short time. We are in a situation at the club where a lot of players have gone.

“We looked at potential and got a player for more than we would normally pay – because he had to be a Champions League-worthy replacement. The one-on-one replacements simply cost a little more than the guys for the future. Ultimately, you have ambitions. You want to become champion and take the next step in Europe.”

Bassey has already linked up with the club at their training base in Austria ahead of the new season.