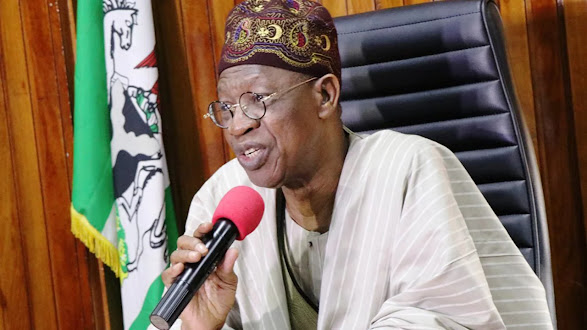 Labour unionists under the umbrella of All Workers Convergence (AWC) have declared that the position of the Minister of Information and Culture, Alhaji Lai Mohammed on the proposed nationwide protest by Nigerian Labour Congress (NLC) is illegitimate and anti-social.

National Coordinator of AWC, Comrade Andrew Emelieze made this known on Thursday.

Our correspondent recalls that Muhammed had said that the prosed two-day NLC nationwide protest in solidarity with members of Academic Staff Union of Universities (ASUU) is illegal.

AWC in its reaction wondered when the Kwara State-born politician became a judge.

AWC, while declaring its support for the proposed strike, also called on all workers to join the protest in order to make it a success.

Emelieze in a statement on Thursday, insisted that protest is legal in all parts of the world and that of Nigeria will not be an exception.

He used the opportunity to call on Nigerian workers to call on government officials to stop insulting the sensitivity of Nigerians.

Emelieze while speaking further, called on NLC to go ahead with the mobilization.

He advised the NLC to ignore Muhammed.

Emelieze spoke further by saying that the minister has over the years proven that he is never on the side of the people.

Emelieze said, “We the Nigerian workers welcome the call for the two days national protest by the Nigerian Labour Congress (NLC) in solidarity with the striking university workers. We call on all workers nationwide to join the protest and make it a success.

“We are, however, dismayed by the position of the Minister of Information, Mr Lai Muhammed, who has turned himself to the judiciary and has unanimously declared the protest as illegal. The position of Muhammed is illegitimate and antisocial.

“He is being hunted by the failure of his government to meet up with the needs of Nigerians. We however call on the NLC to go ahead with the mobilization and ignore the ignoble position of Mr Lai Muhammed, who has over the years proven that he is never on the side of the people.

“Protest everywhere is legal, ours in Nigeria will not be different. We the Nigerian workers call on government officials to stop insulting the sensitivity of Nigerians. There is no going back on this two days protest that is long overdue”.