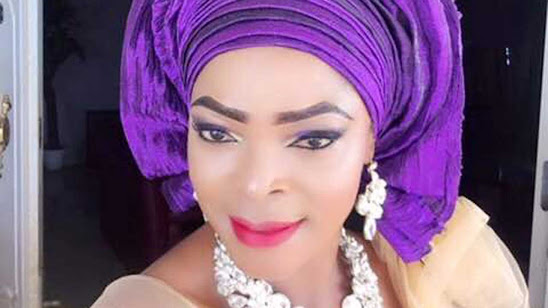 The ruling All Progressives Congress, APC, Ebonyi State chapter, on Monday, ordered immediate arrest of one Mrs. Ann Agom-Eze, a senatorial rival to Governor David Umahi over alleged anti-party and perjury against the party in the state.

The state chairman of the party, Mr. Stanley Okoro Emegha, made this known while speaking to journalists in Abakaliki capital of Ebonyi State.

He called on the Nigeria Police to arrest Mr. Agom-Eze anyplace, she is sighted for attempting to cause crisis and division in the party.

Emegha noted further that it is impossible for Ann Agom-Eze to fly the Ebonyi South Senatorial ticket of APC in the state.

Saga Gist reports that the battle for Ebonyi South Senatorial seat by Governor David Umahi and his arch rival, Mrs. Ann Agom-Eze has entered a new dimension as, the party has expelled both Agom-Eze and the Chairman of Umudomi Ward, in Onicha Local Government Area, Ebonyi State, John Ogboji from the party.

He further accused Agom-Eze of committing anti-party activities by associating with some top ranking members of the Peoples Democratic Party, PDP to cause crisis in the APC.

“The woman demanded that she be given N20m after she withdrew. These are documents she signed withdrawing from the contest. She even swore an affidavit not to revisit the contest. Her letter of withdrawal was acknowledged at the National Secretariat of the APC.

“For the female contestants, the form was given free while the male paid N20m. She demanded a Prado SUV and N20M. Ann never complained to the ward, zone and state that she was being marginalized.

“She openly denied that she never withdrew. We are charging her to court for perjury. I have written a letter to the CP for her to be arrested and charged to Court. When the party invites you and you refuse to come, it is a crime. The PDP senator is behind it. Whatever the constitution says, we will follow.

“In January, she wanted to decline from running and then pave the way for a serving PDP Senator to have a smooth sail during the 2023 general election. We will charge Ann for anti-party activities.

“Anm Agom-Eze will not fly our flag in the 2023 general election. What has she contributed to the party in her ward? What is happening is distracting me from consulting for my governor,” he said.