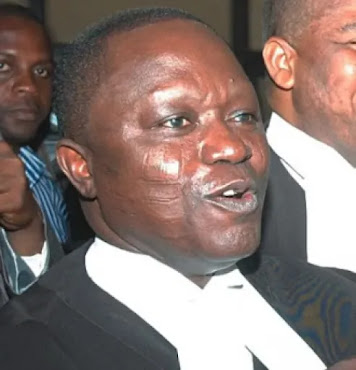 The Oyo State chapter of All Progressives Congress (APC) has threatened to expel a former gubernatorial aspirant of the party, Chief Adeniyi Akintola.

Saga Gist reports that Akintola was one of the gubernatorial aspirants of the APC in 2019.

The politician, from Ido Local Government Area, while featuring on a radio programme in Ibadan, the State capital on Saturday, allegedly made some statements which discredited the party and its gubernatorial candidate in 2023, Senator Teslim Kolawole Folarin.

The APC has now said it would expel Akintola if he continued to de-market the party ahead of 2023.

In a statement signed by Honourable Ismail Babatunde, Ward 9 Chairman in Ido Local Government Area, he alleged that the politician is making an attempt to cause disunity in the party.

The APC chairman also alleged that Akintola’s utterances have shown that he is working for the ruling Peoples Democratic Party (PDP) in the State.

He said, “Akintola’s ambition is only to ensure disunity within the ranks of the party in order to pave the way for the emergence of the PDP 2023 gubernatorial candidate in the State.

“Our attention has been drawn to the series of unguarded utterances made by Chief Niyi Akintola disregarding the Oyo State All Progressives Congress (APC) and its 2023 governorship candidate, Senator Teslim Folarin while featuring on a radio programme in Ibadan on Saturday.

“Chief Akintola’s anti-party acts, in addition to his documented unholy transactions, are enough to recommend his expulsion from the party; nonetheless, we will not rush to initiate the process. Instead, we are strongly warning him to retrace his missteps.

“If Akintola does not maintain decorum and heed this warning, we will not hesitate to recommend his expulsion from APC before he causes irreparable harm to the party and its candidates”.