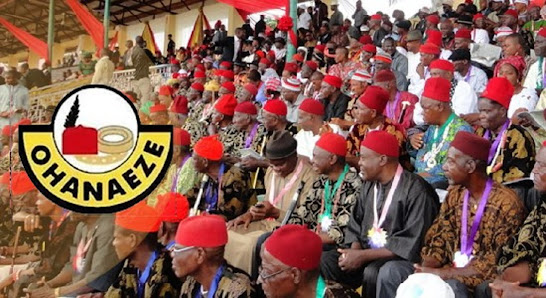 The apex Igbo socio-political organization, Ohanaeze Ndigbo, has disclosed that all speculations about the candidate Ndigbo would support for the 2023 general election will be laid to rest during the 2022 Igbo Day celebration.

Saga Gist reports that the annual event is always celebrated on September 29.

This year’s event, according to the Secretary-General of the apex Igbo socio-cultural organization, Mazi Okechukwu Isiguzoro, will be held in Aba, Abia State.

In a statement he issued, Isiguzoro disclosed that three leading presidential candidates, Peter Obi of the Labour Party, Bola Tinubu of the All Progressives Congress, and Atiku Abubakar of the Peoples Democratic Party, are all expected at the event as special guests.

“All Igbo clergymen will lead the prayer sessions on 29th September 2022, Igbo Governors and leaders from the seven Igbo-speaking states will be the special guests.

“Ndigbo in their numbers are expected to attend this very important event in their numbers,” Isiguzoro said through Nkpa Kanu-Uduma, the head of Media in the Office of the Secretary-General, Ohanaeze Ndigbo Worldwide.

A source told our correspondent that the major highlight during the event taking place in the historical city of Aba will be the unveiling of Ohanaeze’s choice candidate for the presidential election.

“Aba is a historical city in anything that has to do with Ndigbo and that is why it has been chosen to host the 2022 Igbo Day celebration.

“It will be a gathering of Ndigbo from the 7 speaking Igbo States, during which a critical announcement would be made,” the source hinted.

Although he was silent on the likely candidate to be supported by Ohanaeze, feelers indicated that they are likely to move in favour of Peter Obi of the Labour Party.