2023: Why my family will not support Atiku, Tinubu, Peter Obi – Femi Kuti [VIDEO] 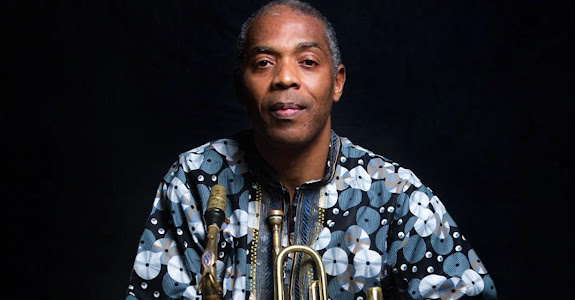 Femi Kuti, son of Afrobeat legend has given reason his family will not support any of the top three presidential candidates: Asiwaju Tinubu, Atiku Abubakar and Peter Obi in the 2023 election.

Kuti, while responding to the backlash over his statement about not being ‘Obidient’, said he has his doubt about Peter Obi because he paid visit to the likes of Olusegun Obasanjo and Ibrahim Babangida who did not change Nigeria and are part of the reason Nigeria is at dire need today.

He added that his family also does not support Tinubu or Atiku because they are heartbroken.

Kuti also mentioned that Tinubu as the Governor of Lagos State raided the ‘African Shrine’ so many times which caused a battle between both parties.

He concluded saying that although he has his doubts about these presidential candidates, he believes in the youth and hopes for better Nigeria.

“Why would I support Tinubu? Please don’t get me angry. I believe Peter Obi and Atiku are friends for him to be his Vice President if they had won the last election, so why should I not have doubts?

“My family has not supported any political party, we just sit and watch. We would not support anyone because we are heartbroken.

“If Obi wins and things change, then we’ll jubilate but no one should tell me not to have my doubts about him. I can’t tell you what to do with your life.

“Stop threatening me that you’ll burn the shrine or insult my children. Stop that. When Fela was against Abiola, you voted for him, same thing about Obasanjo
.
“If you tell me Obi is different, but he went to greet babangida, Obasanjo, that makes me skeptical

“My family believes these political elites are part of the problem of this country. I have my reservations about Peter Obi and you cannot tell me what to think.

“How would you ask me if I like Tinubu, when he was Governor he raided the shrine so many times. We had a big battle with Tinubu closing the shrine.

“I just love to play my music and don’t want anything from anybody. I’ve always believed in the youth just like my father. My children are youths and I have to see life like there’s light at the end of a tunnel,” Femi said.