Anambra: Fulani herdsmen not responsible for killing in Umueri – Metchie 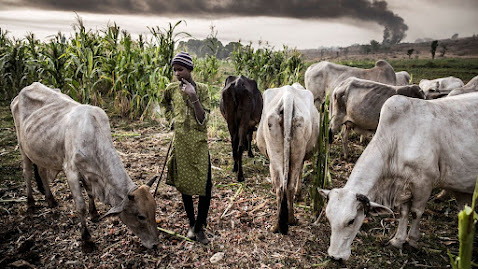 The President General of the Umueri community in Anambra State, Chief Johnny Chukwudi Metchie, has debunked reports making the rounds that herdsmen invaded his community.

A video that has gone viral on social media captured a man alleging that gunmen suspected to be Fulani herdsmen attacked the Umueri community.

But in a press statement he personally signed on Thursday, Metchie warned against spreading false information capable of inciting violence between members of the community and Fulani herders.

He also warned those spreading the fake news, particularly a man identified as Delight to desist from such acts.

According to him, preliminary investigations conducted by the community vigilante group and the police have revealed that the deceased was not killed by Fulani as Delight stated in the video.

“Please, disregard every information from that fellow claiming that the man was killed by Fulani men because, our preliminary investigation and that of the police, which led to a confession by one of the killers apprehended by Umueri vigilante men has revealed that the man was not killed by the Fulani herdsmen.

“But instead of wait for confirmed report from the people who are handling the case, someone chose to act silly, with the aim of provoking crisis between Igbos and the Fulanis in Igboland. This is unacceptable”, he added.