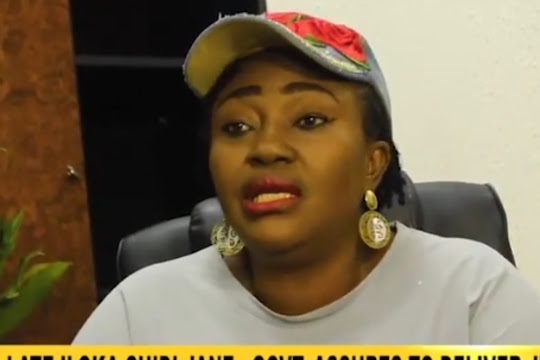 Anambra State Commissioner for Women and Social Welfare, Mrs Ify Obinabo, has said that the chairman of Nnewi North Local Government Chairman, Hon Mbazulike Iloka will not go scot-free if found to have killed his wife.

Hon Iloka’s wife, Chidiebere Iloka had allegedly slumped and died on Sunday morning at their residence in Nnewi.

The local government chairman had stated that she slumped and died, as she was known to have health issues related to blood pressure.

The late Mrs Iloka’s relatives, however, doubted the claims, as she was found to have sustained injuries on her body, and a major one on her forehead, leading to suspicions that she was murdered.

Anambra State governor, Prof Chukwuma Soludo had earlier on Friday suspended Iloka indefinitely from his position as local government chairman, to give way for investigation.

But while reacting to the incident in a video, the Commissioner for Women and Social Welfare, Mrs Ify Obinabo, said such attitudes like wife battery can not be tolerated by the Soludo administration.

“Investigation has commenced already. If he is found to be truly responsible for her death, I bet you, he will face the music.

“The Soludo administration is one that everyone knows that has zero tolerance for this kind of story.

“There is no way this kind of thing if it is true, and was committed on our soil, and at the end of the day that person will go Scot free.

“For some people that have been clamouring for justice, I want to use this opportunity to tell them that they must be justice at the end of the day.”

Speaking further, the commissioner said she has met with relatives of the deceased lady, who have confirmed that the lady has always been a victim of domestic violence in the hands of her husband.

“I had a discussion with two of the family members, and they told me that the man is fond of beating her. They said it is not the first and not the second or Even the third, and that is why they suspect that she was killed.

“They said the man is fond of beating her from time to time, that was what they alleged.”

The commissioner admonished men against domestic violence, saying that it was better for them to take a walk, out of the home when situations become unbearable, saying that once they returned, things would have normalized.