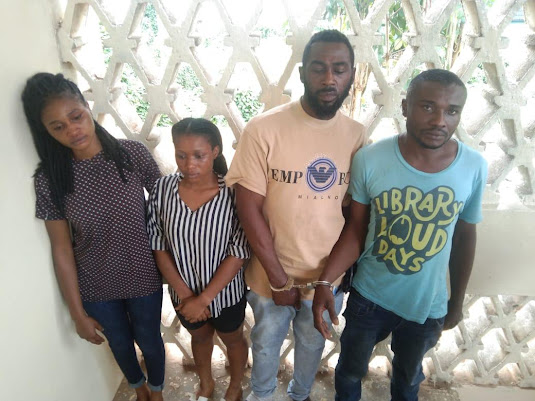 Police in Anambra has arrested a syndicate consisting of two male and two female members, who specialized in luring victims with love advances and taking nude pictures of them, which they later use for blackmail.

“They thereafter, take the victim to a room, where one of them, Obianuju Nduba engages the victim in foreplay, while the other members of the gang will force themselves into the room, take nude pictures, and videos of the victims, which they use to force the victims into transferring huge sums of money to them.

“They also threaten the victims of publishing the pictures and videos on social media if the victims failed to comply. They also dispossess the individual of his personal belongings.”

Ikenga said the suspects will be charged to court once investigations are concluded.