The presidential candidate of the Peoples Democratic Party (PDP), Atiku Abubakar, was in his home state, Adamawa, on Monday where he formally received new members into the party.

At the reception for the new members in the state capital, Yola, Atiku made a brief but touching remark, assuring the thousands who thronged the Ribadu Square venue for the event that he is in politics and is seeking to lead the country to give service.

“It’s been over 30 years that you have been supporting me in politics. I don’t take your support for granted. God bless you. I love you all,” he told the cheering crowd.

He had earlier told the two state House of Assembly members and about 1,640 others defecting mostly from All Progressives Congress (APC) to the PDP that the umbrella which the party typifies is big and strong enough for every member. 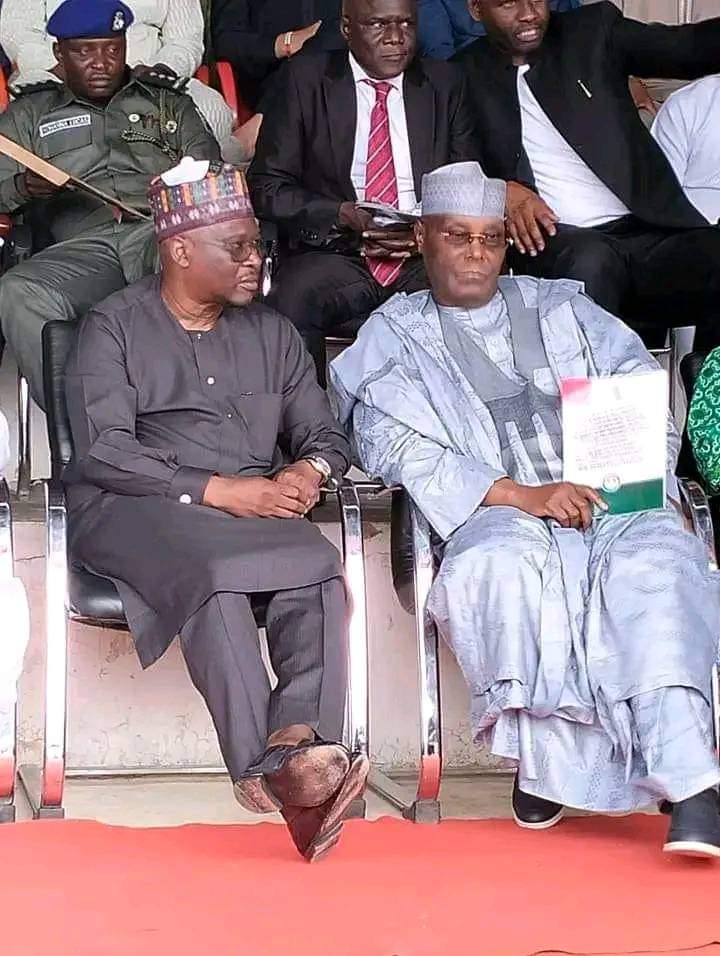 In his speech, Ayu said the PDP is grateful to Adamawa State for producing Atiku who he described as a unifier who will unify the country if elected president in 2023.

“The large crowd here today shows that you are a unifier who will unite this country,” Ayu told Atiku, asking the crowd to play their part in efforts to get Atiku elected president.

Also speaking, Governor Ahmadu Fintiri said Adamawa is a PDP state and would lead efforts to deliver the presidency to son of the soil Atku Abubakar.