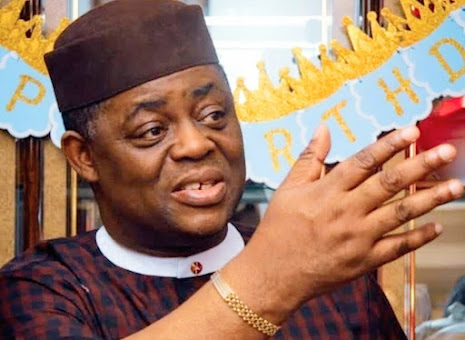 Fani-Kayode said a demon and devil has entered into the PDP.

He spoke against the backdrop of a remark by PDP chieftain, Bode George, that a devil may have infiltrated the ranks of the opposition party.

George was reacting to the impasse between Governor Nyesom Wike and the PDP presidential candidate, Atiku Abubakar.

Urging them to “cool down,” the PDP chieftain said it appears “some kind of devil” has entered the party.

Reacting, Fani-Kayode stressed that Wike and Southerners were cheated in PDP.

Speaking on Channels Television, Fani-Kayode said: “The PDP is the party playing with demons today, at the height of their effrontery, they cheated Wike and all the Southerners, they are still saying nothing will change; that the party chairman will not step down.

“So, what will they do if they come into power? I think that Bode George is right that a demon and devil have entered into the PDP, but where I disagree with him is that the devil and demon will never leave the PDP.

“The devil and demon have a grip on PDP and I can assure you of this that when we begin campaigns, we will expose them further.”