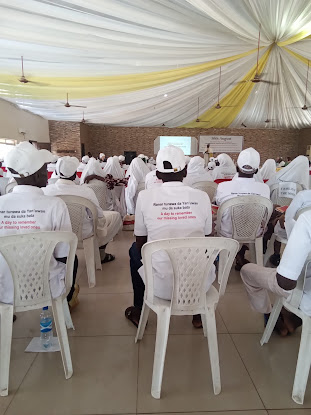 Family members of people who disappeared and whose whereabouts remain unknown had the opportunity to relive their trauma at an event in Yola on Tuesday.

At the event marking the International Day of the Disappeared, organised by the International Committee of the Red Cross (ICRC) in the Adamawa State capital, government officials similarly expressed concern over the pain of dealing with missing loved ones.

The ICRC had distributed leaflets at the event disclosing that Nigeria has Africa’s biggest number of missing people with about 25,000.

It indicated that the number is part of Africa’s total 64,000 people who have gone missing mostly either after they were abducted in crisis situations or as they move from crisis areas to safer abodes.

At the event attended by families of the disappeared, the ICRC said that of Nigeria’s 25,000 victims, about 14,000 are children.

Buttressing the points made at the event, the Head of Programmes and Prevention of ICRC, Leonard Blazeby, said the number of people disappearing across Africa continues to rise.

In an interview on the sidelines, a missing person’s relative, Mindi Yohana, who said her son had never been heard from since suspected Boko Haram invaded her community in Gombi LGA in 2020 and abducted a number of people, stressed that the uncertainty of the whereabouts of her son was killing her slowly.

Saga Gist recalls that a number of communities around Adamawa State, including Kwapri in Hong LGA, Garkida in Gombi LGA, as well as communities in Michika and Madagali LGAs suffered a series of attacks in 2020 and 2021 by the Boko Haram insurgents who killed some residents and abducted many others, many of whose whereabouts remain unknown.

In his contribution, the Adamawa State Commissioner for Women Affairs and Social Development, Mrs Lami Gada, empathised with family members enduring the trauma of missing persons.

“Missing a loved one is a fate you would not wish for anyone. It is better to see a dead body and bury it than to have to wait probably all your life for a missing relative,” the government official said.

The Adamawa State Deputy Governor, Crowther Seth who had earlier declared open the Yola International Day of the Disappeared, said it was shocking that as many as 25,000 Nigerians were missing.

Crowther Seth said the state government, aware of the agony of family members over missing relatives, had been investing lots of resources to enhance security to prevent situations that cause displacement of people.