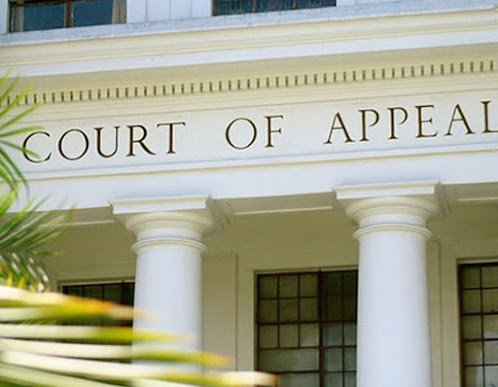 Palpable anxiety has mounted over who will fly the flag of the Peoples Democratic Party (PDP) in the 2023 governorship election in Delta State, following the reservation of judgment in an appeal filed by the speaker of the Delta State House of Assembly and winner of the May 25 primary of the PDP, Hon. Sheriff Oborevwori.

A three-man panel of the Court of Appeal on Friday announced that its judgment has been reserved in Oborevwori and PDP’s appeal against the judgment of Justice Taiwo Taiwo of the Federal High Court, which ordered the removal of Oborevwori as PDP candidate in the 2023 governorship election in Delta State.

The panel, led by Justice Peter Ige, took the decision after taking submissions from lawyers who had argued for and against the appeal.

Justice Taiwo had in a judgment delivered on July 7 found the PDP flagbearer guilty of forgery allegations and ordered his removal as PDP’s candidate, on the grounds that such acts are tantamount to disqualification from public office.

The court had agreed with Edevbie that Oborevwori ought not to be on the ballot for the PDP primary election on account of supplying false and forged documents to the Independent National Electoral Commission, INEC, in aid of his qualification for the governorship election.

Justice Taiwo subsequently ordered that the person who came second in the primary, Olorogun David Edevbie, be made a replacement for Oborevwori in the 2023 gubernatorial election in Delta State.

Dissatisfied, however, Oborevwori had approached the appellate court for an order setting aside his sack and another order declaring him the candidate of the PDP.

At the hearing of the appeal on Friday, lead counsel to Oborevwori, Mr Damian Dodo, SAN, after adopting his written address as his brief of argument, urged the court to accept the appeal and grant all the reliefs sought including setting aside the July 7 judgment of Justice Taiwo which sacked his client.

Also adopting his written address as his brief of argument against the appeal, Edevbie’s lawyer, Mr Ejembi Eko, SAN, urged the court to dismiss the appeal for lacking merit and affirm the decision of the lower court.

After taking submissions of parties, Justice Ige announced that “judgment is reserved to a date that will be communicated to parties in the suit.

The court however is expected to deliver its judgment within the next 16 days due to the fact that the case is a pre-election matter, would lasped on September 5.

Other members of the panel include Justices Danlami. Senchi and Suleiman. H. Baraka.