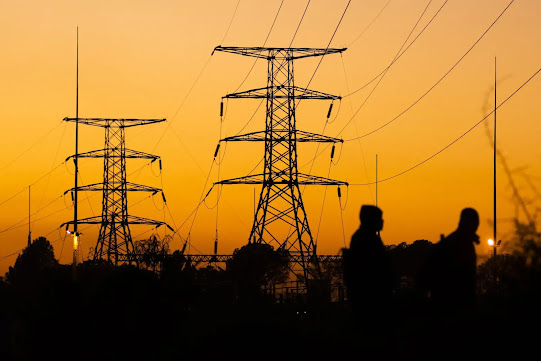 The entire country was thrown into a total blackout on Wednesday as the National Union of Electricity Employees, NUEE, made real its threat to shut down the power sector.

Saga Gist reports that the development, which came while Nigerians are still grappling with the protracted strike by university lecturers, was not taken lightly by the citizens.

The electricity workers had earlier given the Federal Government an ultimatum, vowing to down tools should the latter fail to accede to their requests.

Then on Wednesday, the members of NUEE at the Transmission Company of Nigeria, TCN, were seen shutting down the system, throwing the entire country into blackout.

Although the action has been suspended for two weeks, its impact was already felt across the country.

The aggrieved union members are complaining about the alleged failure of the Federal Government to pay the entitlement of former staff of the defunct Power Holding Company of Nigeria (PHCN) in December 2019.

The TCN said the unions shut down the national electric power grid at about 1pm, following which several 330kV transmission lines and 33kV feeder-lines across the power system network had been switched off.

This was disclosed by Ndidi Mbah, the TCN General Manager, Public Affairs, in a statement he signed.

According to Mbah: “Following the Industrial Dispute declared by the two in-house Unions at the Transmission Company of Nigeria (TCN), the national electric power grid has been shut down by Union functionaries – even as unfettered effort was being made to resolve the issues upon which the action was called.

“The incident occurred at 15:01Hrs, today after several 330kV transmission lines and 33kV feeder-lines across the power system network had been switched off by the Union members, resulting in generation-load imbalance and multiple voltage escalations at critical stations and substations. Regrettably, this is coming weeks after we had emerged from a hectic grid management regime, precipitated by paucity of generation, which we grappled with for a couple of months.”

In tandem with the initiative of the Nigerian Electricity Regulatory Commission on Partial Activation of Contracts, coupled with the stream of interventions by the Ministry of Power and other stakeholders in the Value Chain – grid generation (at Peak) had reached 4,830.69MW as at the 16th of August, 2022.

The workers, late on Wednesday, announced a suspension of the action, a development that led to the restoration of power early this Thursday morning.

They took the decision after a meeting with the Ministries of Power, Labour and Employment, Senator Chris Ngige, who assured that the Federal Government was working towards meeting the demands of the unions.

With the strike suspended for two weeks, concerned Nigerians have asked the Federal Government to go all out and avert a repeat of such action, which they said was inimical to national security and an additional burden in the midst of the worsening economic crisis.

A police officer with the Abuja Police Command, who wished to be anonymous said that “darkness would serve as a perfect cover for bandits to further carry out their nefarious attacks on Nigerians.

“Even when we have light, bandits are kidnapping and killing, is it when there is no light that Nigerians will be safe? Government should restore the light because darkness would boost the activities of these bandits.”

Also speaking on the issue, Deji Adeyanju, a socio-political activist said there was no government in Nigeria.

“They don’t need to wait for darkness to operate, Nigeria is already witnessing security darkness everywhere. The roads are not safe, nothing is working in the country, it’s almost as if criminal gangs are in charge and running riot in the country.

“This is a painful reality, but it’s a fact that even security agencies are afraid to travel by road.”

Saga Gist reports that the strike has already taken its toll on economic activities in some parts of the country, with owners of small businesses beginning to lament.