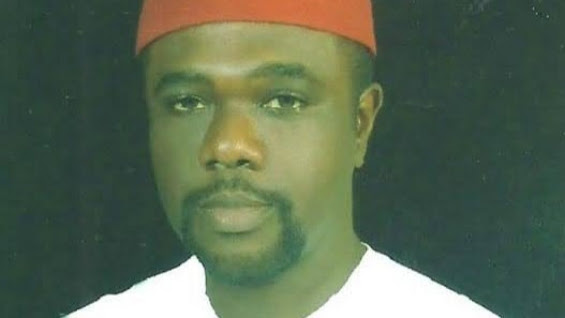 The Chairman of the All Progressives Congress, APC, in Enugu State, Barr. Ugo Agballah has been expelled from the party.

Agballah was expelled by his Udi/Agbudu ward following the report of a disciplinary committee set up to investigate allegations against him.

A notice signed by Aduma Ferdinand and Onyia Francis, the Chairman and the Secretary respectively of the ward, respectively, said the Chairman was expelled from the party for failing to appear before a disciplinary committee to answer to allegations leveled against him.

The petition also said that Agballah has criminal charges pending against him at the Federal High Court Abuja bothering on falsification of APC party card.

Other allegations include running the party aground and making it impossible for them to win election in 2023, not attending meetings of the party at the ward; not being a financial member; embezzlement of the party funds meant for members during the last primary elections; removing registered members of the Party and replacing them with people who are not members the party and that he hasn’t resigned his membership of the PDP.

In the expulsion letter, the leaders of the party in his ward explained that he was “requested to respond to the allegations but you failed to do so; in view of the Recommendation of the Disciplinary Committee, and pursuant to the Powers vested in us as the Executive Committee of APC Udi/Agbudu Ward, we hereby debarred you, Hon. Ugochukwu Agballah from holding party Office in APC with immediate effect.

“Suspend you, Ugochukwu Agballah from being a member of the APC Udi/Agbudu Ward.

“Expell you, Hon. Ugochukwu Agballah from being a member of APC Udi/Agbudu ward.

“This decision is effective immediately, and is taken in the best interest of our party.”

“Accept our best wishes in your future endeavours.”

When contacted, Agballah dismissed his expulsion, noting that those behind the expulsion were fake ward executive members.

He said through his media adviser, Comrade Kenneth Oforma that the said ward executives were impersonators.

“The wording of illiterate and non party members. They have suspended, debarred, expelled all in same breath. No disciplinary committee hearing, not even presence of one,” he said. 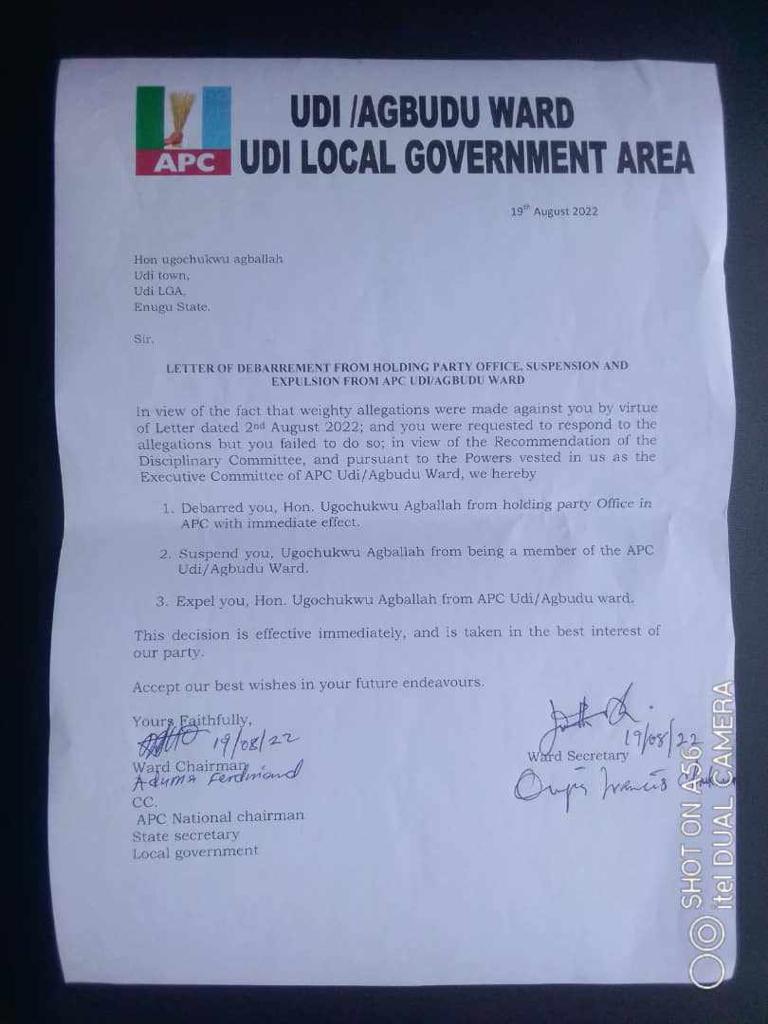