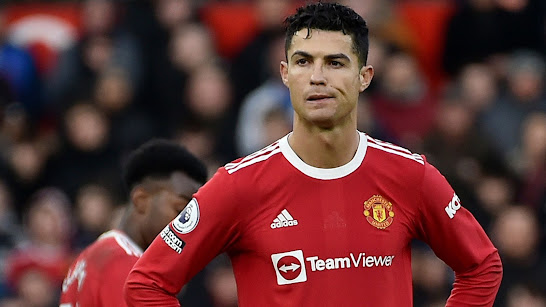 Gullit explained this in an interview at the Laureus Academy.

The Red Devils were beaten 4-0 by Brentford on Saturday barely a week after they were defeated by Brighton.

Goals from Josh Dasilva, Mathias Jensen, Ben Mee and Bryan Mbeumo made sure that the Bees ran away with three points against the Red Devils

Ronaldo is said to have resolved to remain at the club this season, after asking the club to allow him join a club the Champions League.

Asked if he feels the Portuguese legend is regretting his decision to return to Old Trafford in 2021, Gullit said, “That’s my feeling. He doesn’t say it, but I think he regrets it because of the team that was there.

“I think he expected the performance to be better, so he will want to show everyone who criticised him at Manchester United how much he is still worth.

“I think he has that mission.”