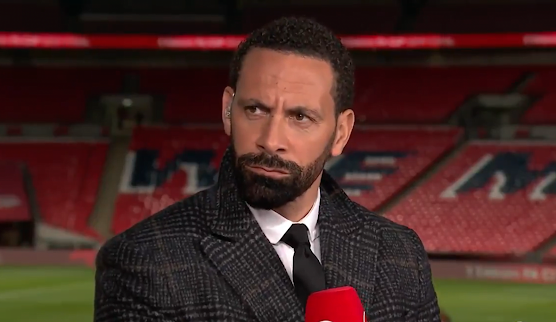 Man United defeated Liverpool 2-1 at home, thanks to two goals from Jadon Sancho and Marcus Rashford.

However, Ferdinand has now singled out the likes of Rashford, Raphael Varane and Lisandro Martinez for their outstanding display against Jurgen Klopp’s side.

“Rashford looked like something we were used to seeing from years ago,” Ferdinand said on his FIVE YouTube channel.

“With the energy, the ability to run behind, the desire, chasing things down.

“The way that they [United] pressed was a pleasing factor but also the way they kept their shape.”

He added, “The two centre-halves were outstanding, I thought [Raphael] Varane in the first-half covering was brilliant, and all through the game.

“[Lisandro] Martinez was out to people, getting up against people, being a nuisance… there’s a little bit of Gabriel Heinze in him, probably not as rash maybe, but I really like the look of him.

“I still think he will get isolated and targeted, but if he can perform to the standard today, what a big signing he could be.”