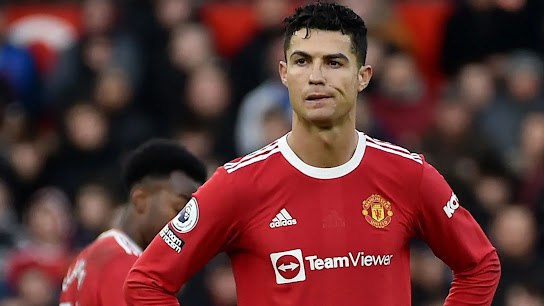 Manchester United forward, Cristiano Ronaldo, is believed to be arguing a lot with manager Erik ten Hag in training, according to The Athletic.

The 37-year-old has made it clear that he wants to leave this summer so he can play in the Champions League.

Ronaldo has, however, received no significant interest from any top club and is still with United.

He started in Saturday’s 4-0 humiliation at Brentford but cut a dejected and frustrated figure throughout, while he refused assistant coach Steve McClaren’s request to acknowledge United’s away fans after the game.

There have been reports that Ronaldo’s sulking is beginning to affect the rest of the squad, with many players suggesting it would be better if the Portugal captain just left the club.

Ronaldo’s mood and behaviour is becoming so openly rebellious that he’s tried to argue against Ten Hag’s high-pressing tactics in training.

Ten Hag’s style of play hinges on a hard-working attack but pressing from the front and closing down is not something Ronaldo is particularly known for even when he was in his prime.