Executing capital projects in 2023 may be difficult – Finance Minister 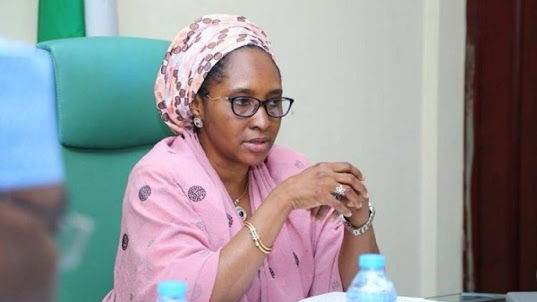 Minister of Finance, Budget and National Planning, Zainab Ahmed, has ruled out the possibility of the federal government financing any capital project in 2023 fiscal year, going by growing budget deficit.

She painted a gloomy picture on Monday, where she also revealed that budget deficit for the 2023 fiscal year may run between N11.30 trillion to N12.41 trillion depending on the choice that will be made by the government on the issue of subsidy payment on premium motor spirit otherwise known as petrol.

The Finance Minister was speaking during the presentation of the 2023-2025 Medium Term Expenditure Framework and Fiscal Strategy Paper before the House of Representatives Committee on Finance put the aggregate expenditure of the government for 2023 at N19.76 trillion.

She hinged her projection on crude oil production challenges and PMS subsidy deductions by the NNPC, saying that those constitute significant threats to the achievement of the nation’s revenue growth targets.

According to her, decisive and urgent actions are required to address revenue under performances and expenditure efficiency at national and sub national levels.

“In this scenario, the budget deficit is projected to be N11.30 trillion in 2023, up from N7.35 trillion in 2022. This represents 5.01 percent of the estimated GDP, above the 3 percent threshold stipulated in the Fiscal Responsibility Act, 2007.”

In scenario 1 which she said involves funding subsidy from January to December, the Minister said “given the severely constrained fiscal space, budget deficit is projected to be N12.41 trillion in 2023, up from N7.35 trillion budgeted in 2022, representing 196 percent of total FGN revenue or 5.50 percent of the estimated GDP.”

“This is significantly above the 3 percent threshold stipulated in the Fiscal Responsibility Act 2007 and there will be no provision for treasury funded MDA’s capital projects in 2023”.

She further gave an overview of government revenue, using two scenarios, saying “under the first scenario, federal government revenue for 2023 at N6.34 trillion, out of which only N373.17 billion is expected from oil related revenue, while the balance of N5.97 will come from non-oil sources.”

On scenario two she said “in addition to subsidy reform, this scenario assume an aggregate implementation of cost to income limit of Government Owned Companies. With these, the 2023 FGN revenue is projected at N8.46 trillion out of which N.99 trillion or 23 percent is projected to come from oil revenue sources.”

On the key assumption on which the 2023 budget will be based, the Minister said oil benchmark for 2023 is estimated at 70 dollars per barrel, with an oil production benchmark of 1.69 million litres per day and an exchange rate of N435.02 to the dollar, while inflation is expected to grow at 17.16 percent.

She stressed that GDP is expected to grow at 3.75 percent, while an upward pressure on prices is expected to be driven by the current and lag effect of the global price surge due to the Russia-Ukraine war, domestic insecurity, rising costs of imports, exchange rate depreciation as well as other supply side constraints.

She noted that growth in nominal consumption has been adjusted in line with revised estimates based on changes in the components of GDP and historical performances, stressing that medium term nominal consumption is projected at N121.93 trillion in 2023.

She said investments, especially from foreign sources is expected to be dragged down by interest rate hikes in advanced economies, foreign exchange management concerns and other domestic challenges, including insecurity.

She informed lawmakers that key parameters as well as other macroeconomic projections driving the medium-term revenue and expenditure framework have been revised in line with the emergent realities.

The Minister also highlighted two scenarios which she said have been presented before the Federal Executive Council.

She explained that scenario one, is the business as usual scenario which assumes that subsidy on PMS estimated at N6.7 trillion for full year 2023 will remain and be fully provided for, while scenario two, which is the reform scenario assumes that petrol subsidy will remain up to mid-2023 based on the 18 month extension announced early 2021, in which case, only N3.6 trillion will be provided for.

She said revenue generation remains the major fiscal constraint of the federation, stressing that the systemic resource mobilization problem has been compounded by recent economic recessions.

Addressing lawmakers’ questions on the documents, the Minister said “from what has happened in 2022, clearly what we are spending is not giving us much value because production continues to decline and what this means is whatever we are doing is not working and therefore we have to do something totally different”.

On money spent on pipeline security, she said “my understanding is that security agencies and the National oil company as well as the regulators have been working very hard to find solutions and what they tell us is that they are beginning to see improvement.

“Oil production in April was 1.3 million barrels per day and by July it was 1.4 million. We do hope that the increase will be very significant because it’s costing us not just N3.2 billion in terms of security cost, but the revenue we have earned.

“In the MTEF for 2023 to 2025, we had removed the federation spending on pipeline security, assuming that with the transition of NNPC to NNPC limited, they will be carrying that cost directly, not the federation.

“The Petroleum Industry Act has given the NNPC some independence from the federation. And also as a registered company now under CAMA, they have to perform in line with the laws of the Company and Allied Matters Act.

“A lot of the expenditure the federation used to carry, will now be carried by NNPC limited. NNPC will be paying taxes and dividends and we believe in the medium term, the federation will end up earning more revenue.

“It also means that the NNPC will need to go and borrow money on its own. That will improve efficiency on the company. They have paid dividends and royalties to the federation which they were not doing before.

“On production, we are projecting 1.69 million barrels per day based on the projection of NNPC. They are projecting that all the measures taken now is going to result in increased production and we hope it works out. If it doesn’t the deficit situation we found ourselves in will even be worse.

She disclosed that the NNPC will be able to provide the needed details about the project, adding that the government has already removed the project from government funding.

Chairman of the House committee on Finance, James Abiodun Faleke said the current financial situation in the country requires that all revenue sources are explored as the government was short of revenue.

Faleke said it was obvious that when there is no revenue, every aspect of the country suffers and asked all agencies appearing before the committee to provide the committee the correct position of their revenue.