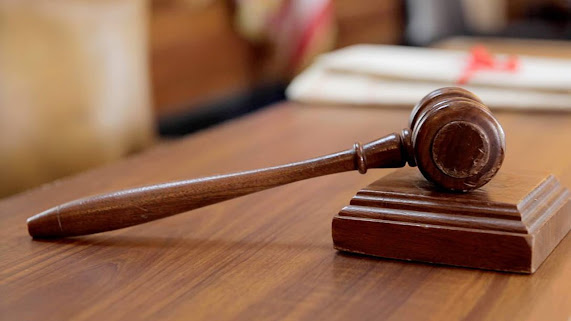 A famous local wrestler in Adamawa State, Thank-You Grim, has been sentenced to death for killing his wife.

The Adamawa State High Court, which passed the sentence, ordered that the man be killed by hanging.

Chief Judge of the state, Hon. Justice Nathan Musa, who presided over the case, passed the judgement after finding the wrestler guilty of killing his wife, Kwalla Grim.

The man, who hails from Sili community in Guyuk LGA, caused the death of his wife on the 24th March, 2018.

On completion of trial, Grim was convicted on a count charge of culpable homicide punishable with death.

Justice Nathan said in his text of judgement on Tuesday that the prosecution was able to prove with cogent evidence that the convict actually killed the deceased.

“As stated in my judgement, the convict is convicted for culpable homicide punishable with death. My hands are therefore tied. I cannot do otherwise.

“Therefore, the convict is accordingly sentenced to death by hanging as provided by section 192(b) of Penal Code Law,” the judge said.

The prosecution had earlier explained that the wrestler pushed his wife to the ground and used pestle in smashing her face.

It was learnt that the convict and the deceased who had been having some marital challenges before the incident, parted ways in January 2018.

After the couple ended their union, the deceased fell in love with another man and decided to get married, as a result of which she mounted pressure on the convict to issue her a divorce letter.

It was gathered that the convict, who earlier remained adamant to her entreaties; eventually called her to meet him at home for the divorce letter.

The convict pleaded with her to return to her matrimonial home on her arrival on that fateful day, but she refused, following which he picked a pestle and hit her in the face and other parts of the body severally.

She went into a coma and subsequently died, to which he later responded by reporting himself to the police and confessing the act.