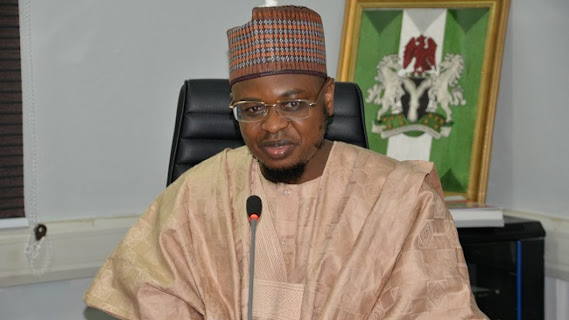 This is as Prof Pantami was designated to chair the special committee.

In his remarks during the inauguration ceremony, Pantami confirmed that the systems have technical challenges which needed to be corrected.

He said the singular mandate of the committee is to proffer solutions to the possible leakages inherent in the systems that are being exploited by evil people to divert public funds.

“On behalf of President Muhammed Buhari. I am to inaugurate the Presidential technical committee.

“This technical committee, has been mandated by Mr President through a letter written by my humble self, requesting his approval to review some of the technical process and systems deployed in government.

“This committee will serve as a president committee with the mandate of ensuring the review of the strengths of these systems and the challenges or weaknesses and advice Mr President on how to improve particularly, if there are leakages that are being exploited by evil people.

“The issue came about on the 19th July 2022, we had a meeting with Mr President along with other ministries where some technical issues and some Challenges were discussed. In the Course of the discussion, I made a presentation there and then Mr President directed me to formalize it so that he will approve for further implementation.

“Historically, as we all know, these three ICT systems for the first one (IPPIS), the process of its deployment commenced in 2006 while for GISFMIS, it was deployed in 2012.

“While TSA, the process commenced in 2015. At the time they were deployed, the provision of NITDA act 2006 under section A, of setting the standardization of ICT deployment in federal public institutions was not followed. Because of this, these three systems were not subjected to government certification and IT project clearance as encouraged by law and many other government policies.

“However, inspite of that, many achievements have been recorded by their deployment. For example, based on the report from the relevant institutions of government, the IPPIS, saved the government over N120 billion naira. While the TSA saved over N10 trillion naira for the government.

“These records show that at least the government has recorded some gains from their deployment, particularly, with the recent allegations coming up that these systems are being exploited by evil people where they siphon money, and we read these allegations from time to time.

“It is because of this, after my submission to Mr President ok this allegations that they should not be ignored and we must identify where the challenges are if any and see how these systems can be enhanced technically so that we be able to consolidate the gains achievers so far and also improve on them to achieve many more successes.It is because of this, we converged here under Presidential technical committee which is going to be inaugurated.

“The committee is for ministers and CEOs. However, looking at the technical nature of the work, Mr President has approved for us to set up a technical committee that will do the work, and that committee will be supervised by the Ministry of Communications and Digital Economy, and other relevant government institutions where their role is mentioned.

“While NITDA, looking at its mandate, will serve as the secretariat. The approval and the directive given by Mr President clearly mention that all government institutions that manage these three systems (IPPIS, GIFMIS and TSA) must give unlimited access to the committee to ensure that they come up with a very strong recommendation to Mr President for approval.

Members of the committee are Chief Executives, Director General of Agencies, including the National Information Technology Development Agency(NITDA), Galaxy Bankbone, Federal Ministry of Finance, Budget and National Planning, Economic and Financial Crimes Commission, Office of the Head of Civil Service of the Federation, Office of the Auditor-General of the Federation, National Salaries, Wages and Income Commission, Bureau of Public Service and Reforms(BPSR) and the Federal Ministry of Communications and Digital Economy(FMoDE).

Recall that federal civil servant, Academic Staff Union of Universities(ASUU), others have faulted the implementation of IPPIS, TSA and GIFMIS over irregular deductions.

It was learnt that the suspended Accountant General of the Federation, Mr Idris Ahmed is currently facing persecution over diversion of funds from TSA, IPPIS systems.

However, the Minister, Pantami assured, that recommendations, advices from the inaugurated special committee would cleanse the systems from the manipulation of corrupt persons.