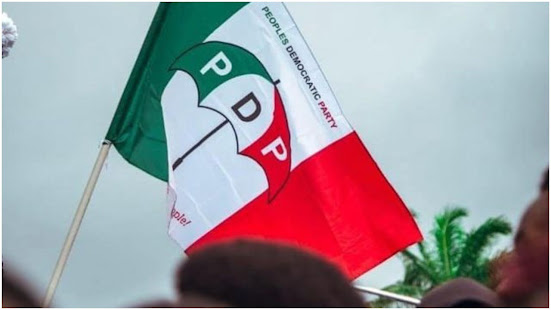 The national leadership of the Peoples Democratic Party, PDP, has apologized to the aggrieved members of the party in Ekiti State over the past actions and irregularities that pushed them out.

Arapaja appealed to the party members to let go of the past and work together as one towards securing victory for the party in the 2023 presidential election.

He said: “We need to vote out APC for the sake of the progress of Nigeria because the APC lacks the capacity to bring any positive change.

“We can’t achieve anything in a state of disunity, because we need to be united to move our party forward. I apologize to you to let go of the past and join hands together to strengthen our union.

“On behalf of all the leaders of PDP, I plead that you find a place in your heart to forgive us,” he said.

In his address of welcome, the coordinator, PDP Ekiti Progressives and leader of the returnees, Mr. Wale Ayeni who led the supporters back to the party said they left because they were treated with disdain.

He said, “In various activities of the election including the primary election we were treated like strangers as if we were never members of the party.

“The process that led to the primary election in Ekiti State was irregular but the leadership looked away and that was the basis for the break in the party.

“We lost the majority of the party bigwigs to APC due to lack of sense of belonging and because the party failed to uphold justice, fairness and inclusiveness.”

Earlier, the Senator representing Ekiti South Senatorial District, Biodun Olujimi and the PDP House of Representatives Candidate for the Ekiti South Constituency, one Henrich Akomolafe, who facilitated the return of the aggrieved members, noted that PDP had learnt from its mistakes and urged the returnees to return to their wards and begin mobilization for the party.

Senator Biodun Olujimi welcomed the party faithful and saluted their courage for returning to the party saying they made the right decision.

She explained that the party members who left in anger could not be blamed because the level of irregularities in PDP at that time was at the height of it.

Olujimi said, “We all have our blames because some of us didn’t do well, some of us kept mute when they were supposed to speak and say the truth while some of us were chanting Osana even in the face of impunity.”