FRSC raises alarm over increase in road crashes in Yobe 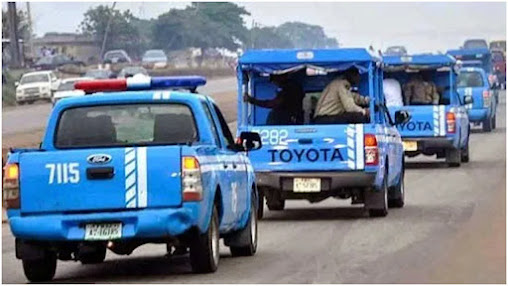 The Yobe State Command of the Federal Road Safety Corps (FRSC), has observed with dismay the increase in the occurrence of road traffic crashes in recent times on the highways of the state

Such preventable crashes were attributed to overspeeding, wrongful overtaking, dangerous driving, and violation of traffic rules by drivers and users of the highways.

This was disclosed in a press release issued to newsmen in Damaturu by the Acting Public Relations Officer of the Command, SMI Mohammed Kalli.

In the statement, the command reminded the motoring public that as the rainy season has fully commenced, roads are now slippery, visibility will be affected and risks and hazards have increased, thereby necessitating driving under special conditions.

“Flowing from the above, the Command is appealing to the motoring public to be safety conscious, avoid speeding and ensure compliance with all Traffic Rules and Regulations as erring drivers shall be sanctioned in accordance FRSC establishment act 2007 and National Road Traffic Regulations 2016”, the command warned.

The agency also assured of its commitment to creating a safer motoring environment in Yobe State.