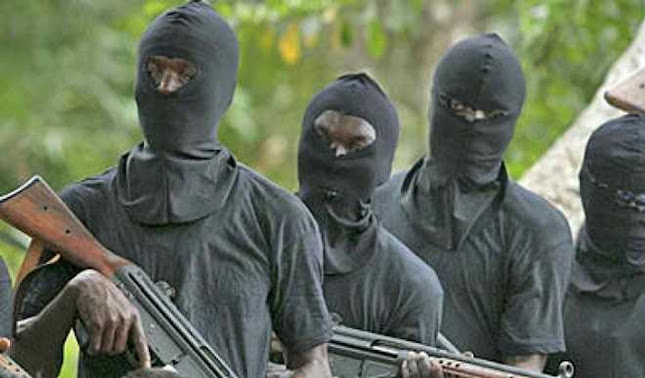 Some gunmen on Friday attacked a shop belonging to a Point of Sale (POS) operator in Ibadan, the Oyo State capital.

It was gathered that gunmen after dispossessing the POS operator of some items, shot him at a close range in Apata area of Ibadan.

The POS has died as a result of the gunshot.

Sources said that the gunmen took away the operator’s bag containing food which they suspected contained money.

One of the sources identified as Ojikutu, said the POS operator popularly known as Pastor, had just opened his shop when the gunmen attacked him.

He said that the POS operator was rushed to the hospital after the incident, but was not admitted because he had already died.

He added that the sound of the gun attracted other members of the community.

Ojikutu said, “Pastor normally comes early in the morning. He did the same today and soon after he opened the shop, the two gunmen on a motorcycle approached him,” he said.

“At gunpoint, they asked him to give them the bag in his hand and he did immediately. However, unknown to the robbers, the bag contained Pastor’s food, while the one containing money was somewhere in the shop.

“He was taken to a hospital nearby but a doctor told us they would not admit him as he was already dead.”

He said that investigation has commenced.

Osifeso said, “Investigation is in progress. You would be provided updates, please”.