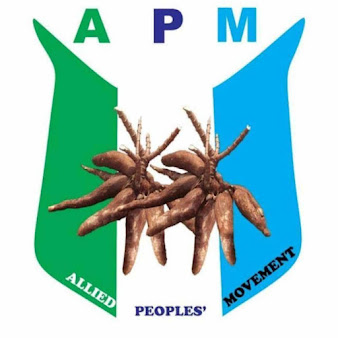 The governorship candidate of the Allied People’s Movement (APM) in Ogun State, Hon. Olutosin Emmanuel Jolaoluwa, has said he would not withdraw from the race.

Jolaoluwa maintained that he is still in the race to contest the election, with no intention to step down for anyone.

In a letter he addressed to the National Chairman of the APM and the Independent National Electoral Commission (INEC), Jolaoluwa categorically stated that he remains the candidate of the party for the 2023 general elections in Ogun.

He drew the attention of the party and the INEC to a purported governorship primary election of the APM slated for Thursday, August 11, 2022, in Ogun, saying he remains the candidate.

The letter read: “I write to draw your attention to a purported APM gubernatorial primary scheduled to hold in Abeokuta on Thursday, 11th of August, 2022.

“Sequel to the above, I hereby state categorically that I, Olutosin Emmanuel Jolaoluwa of #19, Alhaji Adeosun Street, Abiola Way, Abeokuta, am the bonafide Ogun State gubernatorial candidate of the Allied Peoples Movement (APM) for the March 2023 general elections, as published by the Independent National Electoral Commission (INEC).

“I have not withdrawn my candidature for anyone and do not plan to do so. Thus, I remain the Ogun State APM candidate for the March, 2023 gubernatorial elections.”

Saga Gist reports that the window for substitution of governorship and House of Assembly candidates closes on August 12, according to the INEC timetable.

The Act states further in Section 33: “A political party shall not be allowed to change or substitute its candidate whose name has been submitted under section 29 of this Act, except in the case of death or withdrawal by the candidate:

“Provided that in the case of such withdrawal or death of a candidate, the political party affected shall, within 14 days of the occurrence of the event, hold a fresh primary election to produce and submit a fresh candidate to the Commission for the election concerned.”