Jubilation in Taraba as Jolly Nyame regains freedom from prison 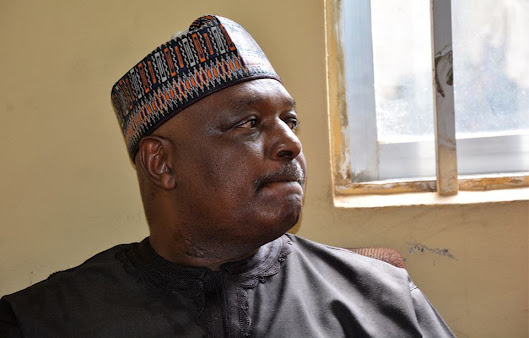 There was wild jubilation in Taraba State on Monday following the news of the release of former governor of the state, Rev. Jolly T. Nyame, from the correctional centre.

Both Nyame and the former governor of Plateau State, Joshua Chibi Dariye, were observed to have both freed from the high walls of the prison on Monday.

Elated by the development, some persons who spoke with newsmen in Taraba, described the final release of the former governor, who is fondly addressed as the political godfather of the state, as the best favour the All Progressives Congress (APC) government under the leadership of Muhammadu Buhari, has ever given to the state since coming on board.

Some of the elated persons, who also took to their social media handles to express their joy over the release, believed that the political atmosphere of the state would now take a different dimension.

The people who are now looking forward to his arrival into the state, believed that “some politicians are already jittery following his release.”

According to one Sani Danjuma “now that our political godfather has finally regained his freedom, I see most of the politicians here in Taraba State going back to the drawing board”.

Certain that a lot of politicians would align themselves with any of the political parties the former governor may decide to pitch his tent with, a lot of political bigwigs, as made known by him “have begun to troop to his house in Abuja to pay him respect.”

He said, “As I am talking with you now, his house in Maitama in Abuja is already filled to capacity with politicians trying to lure him to their sides.”

Another political analyst who gave his name as Jude Ande, said “of course, the political beat of the state will no doubt change now that the godfather of Taraba politics has been set free. ”

Various organizations, at the time of filing this report, are already putting finishing touches to their preparations to welcome the former governor back to the state.