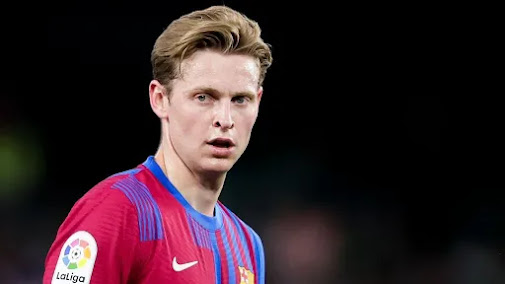 Key Manchester United target, Frenkie de Jong has been spotted at an airport as speculation continues over his future.

The midfielder is said to be heading to London.

Liverpool and Chelsea have also been linked with the 25-year-old Barcelona star in recent weeks.

But there are rumours that he is only travelling to London to attend Donny van de Beek’s wedding and it is not transfer-related.

Manchester United have chased the Netherlands international all summer but the player could only join a Champions League club if he decides to leave Barcelona.