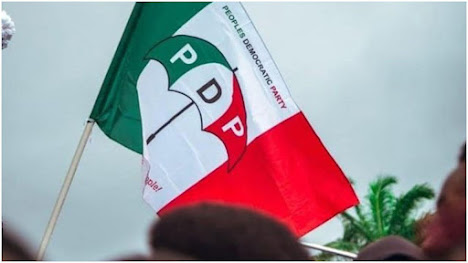 The Peoples Democratic Party (PDP) in Osun State has called for the immediate arrest of Segun Oladitan, the Chairman of the Osun State Independent Electoral Commission (OSSIEC).

The party, in a statement signed by Oladele Oluwabamiji, Director of Media, Osun PDP, demanded a stop to the local government election being planned by the Commission.

It added that the exercise conflicts with the provisions of the law.

The PDP, which described the planned election as a futile effort, noted that it was an attempt to plunge the State into further financial mess.

OSSIEC had in a statement signed by Segun Oladitan, its chairman on Thursday, had reaffirmed its commitment towards conducting an acceptable local government election.

Also, in a stakeholders’ meeting on Friday, Oladitan confirmed that the local government election would hold in October.

He also assured that it will be conducted based on the Presidential System of government as against the Parliamentary system conducted in 2018 and in accordance with the Constitution, as amended by the State House of Assembly.

But according to the PDP statement, “While presenting position of the PDP to the Commission on behalf of the State Chairman, Dr Akindele Adekunle, the Party’s Secretary, Otunba Femmy Carrena and secretary of PDP Legal Committee, Barrister Hashim Abioye drew attention of the Commission, not only to the futility of conducting the election, but the grave danger of running foul of the law of the land with inherent consequences.

“According to a letter presented to OSSIEC and explained by the duo of Otunba Femmy Carrena and Barrister Hashim Abioye, the PDP informed Chairman and members of the Commission about pendency of legal suits before the High Court of Osun State and of latest, a suit pending before the Federal High Court, Osogbo, in which the legitimacy of the Commission as presently constituted, the constitutionality and legality of the planned Local Government election, amongst others, are being challenged.

“The PDP also cited the Supreme Court decision in OSSIEC. V. ACTION CONGRESS, where it was stated without any ambiguity that no State electoral law can override the provision of the Electoral Act made by the National Assembly.”

The party held that the provision of section 28 of the Electoral Act, 2022, forbade the conduct of any election without a notice given not later than 360 days before the said election.

“The said Electoral Act also provides mandatory in Section 29 the period within which a list of candidates must be published, which is 180 days.

“It is no brainer that the period within which the outgoing APC administration in Osun State is left with, is clearly far less than the period stipulated in paragraphs 28 & 29 of the Electoral Act, 2022.

“To further solidify the PDP’s position, the Electoral Act in sub-paragraph 4 of section 150 makes it a criminal offence and any official of the State electoral body in breach of the provision shall be prosecuted and punished accordingly.”