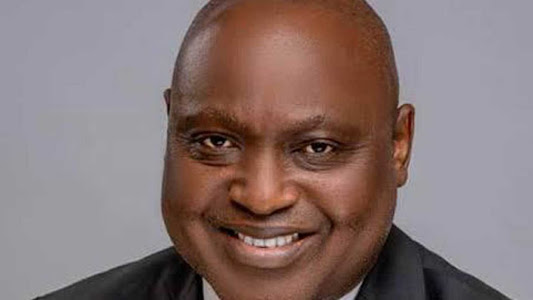 Ekiti State Governor-elect, Mr Biodun Abayomi Oyebanji, has said he would work assiduously to promote the culture of good governance and shame sceptics.

Oyebanji, who said he was not oblivious of the dwindling revenues to the state from the federation accounts, promised to adopt Governor Fayemi’s financial engineering model and also think outside the box to drive development and fully implement his six-point agenda.

Oyebanji stated this during a visit to the leadership and members of the Nigeria Union of Journalists (NUJ), Ekiti State Council, at the Press Centre, Ado Ekiti, on Thursday.

Addressing the journalists, Oyebanji said he would sustain the continuity agenda by building on the legacy of Governor Kayode Fayemi and prudently deploying the state’s lean resources for radical development of the state.

“The All Progressives Congress campaigned with the promise to sustain the continuity and ensure the implementation of the 6-point agenda and that promise I shall keep and promote.

“There is so much pessimism in the minds of some people, am making it clear that I will not disappoint the people. If performing well is the only legacy I will leave behind, I will be happy.

“I know Ekiti people need good governance and we are desirous to give it to them. We will also welcome constructive criticisms. If there is a policy that the people are criticising, I will rescind it if I have a conviction that truly it would not be in the best interest of the populace.

“If a government rescinds a decision or policy, I consider that a strength, not weakness. It will show that we are a listening government and that we are responsible and responsive”, he said.

Based on the request of NUJ members, Oyebanji promised to work with the leadership of the union to build a befitting Press Centre for Journalists in Ekiti.

The Governor-elect also appealed to journalists to continue to defend the people of the state regardless of political leaning, urging them to always report events that will promote peace and good governance.

Earlier in his submission, the NUJ Chairman, Rotimi Ojomoyela, appealed to Oyebanji to be zealous about fairness to all the residents while presiding over the state for enduring peace and stability.

Ojomoyela said his members would continually engage the government in constructive criticism and present themselves as strong partners in Oyebanji’s glowing passion to develop the state and make it a model to others.