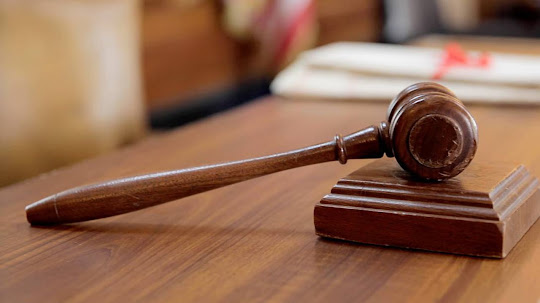 Josephine Ajoke Akinfotire, an employee of the Rufus Giwa Polytechnic in Owo, Ondo State and her son Destiny Olusegun were on Tuesday arraigned before an Akure Magistrates Court for allegedly attacking their neighbour, Mrs. Fifunmi Giwa.

A two-count allegation of assault and malicious damage was brought against the defendants.

In a lawsuit filed under the case number MAK/NC/138/2022 on behalf of the plaintiff, Mrs. Fifunmi Giwa, the plaintiff’s Attorney, Mr. Benjamin Salami, claimed that the defendants had violated the law on July 19 between 6 and 7 pm at Ota-Esan community in Oba-Ile, Akure.

Salami claimed that the plaintiff was assaulted in her flat following a dispute by Akinfotire, a civil servant, and her son, Destiny.

Also damaged are one dummy head valued at N6,000, one Sayona pressing iron worth N12,000 and door handle repairable valued at N8,000, totalling N73,000 belonging to the plaintiff.

Salami in the suit asked for the sum of N300,000 from the defendants “as general damages for assaulting the plaintiff and injuring her, and N70, 000 for the cost of this action”.

The defendants, however, entered a plea of not guilty to the accusation.

Mr. Jimoh Saliu, the attorney to the defendants, requested a date to have his witnesses ready for the trial.

The matter was postponed till September 26 for a hearing by the magistrate, Mr. Mayomi Olanipekun.