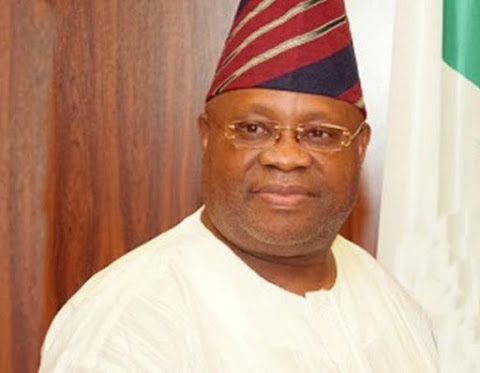 The Osun State Governor-elect, Senator Ademola Adeleke has raised alarm over alleged diversion of the State’s financial and physical assets.

In a statement signed by Olawale Rasheed, spokesperson to the governor-elect, Adeleke revealed that credible reports from within the State government confirmed that the process of the alleged illegal mopping up and diversion of government assets is now multi-sectoral and cuts across all facets of the State government.

Adeleke listed the disposal of old and new government vehicles, securing and diverting the $43 million World Bank-funded third batch of O-RAM meant for the State, alleged elaborate movement of fund through several frivolous contract awards, among others from the State Primary Education Board, detailed plan to mop up $3M coming to the State through a programme of the State, namely SFTAS Program under the Public Procurement Agency (PPA).

Others, according to the statement, is that the APC government had perfected plans to start withdrawing all the money realized from the subscription of Ataoja Estate Allocation, under Tunde Oyetola, Gboyega Oyetola’s brother, diversion of funds for the prosecution of the prospective State Airport.

It also alleged that some banks are already negotiating with the out-going APC government in the State and helping them to withdraw money from the government coffers and the rushing of contract agreement from the Ministry of Justice for three roads with intention to divert and embezzle.

“Contrary to the usual refrain that the Governor-elect is raising false alarm, we want to put on record that activities ongoing within the State government are a deliberate agenda to further bankrupt the State and deepen her poor fiscal state.

“In his reaction to the revelations, the Governor-Elect of Osun State., Senator Ademola Adeleke reassured the people of Osun State that he is keeping a strong tab on actions and inactions of the outgoing government. We are keeping judicious records of all these financial malfeasance and misdemeanour.

“Those engaging in criminality and corruption will be held accountable when we take over,” he added.

Reacting, the Osun State Government described the allegation by the governor-elect that the local governments have been directed to return part of their allocations to the State as illogical and false.

In a statement signed by the Commissioner for Local Government and Chieftaincy Affairs, Adebayo Adeleke, the government said the statement has once again exposed the governor-elect as one who does not have any idea of how government activities are run.

While maintaining that no such directive existed, the State government challenged Senator Adeleke to reveal with evidence when and where such directive was given.

The statement also maintained that, “Governor Oyetola is a man of due process, accountability and transparency that will not do things against the law and regulations, rather, you will see him supporting the local councils and making them effective, with a view to bringing development closer to the grassroots.

“Adeleke’s fairy tale is more exposed, as it came a few days after Osun State under Oyetola was adjudged first among the 36 States in Nigeria in the area of Public Finance/Accountability. The ranking by the Federal Government and PLS Initiative, an international organization in a report tagged ‘Subnational Audit Efficacy Index’ said Osun achieved the feat through its transparent nature of governance.

“It is sad that Adeleke certainly does not understand that the Ministry of Local Government is no deposit bank where such huge funds being alleged can be brought to.”

The government reiterated that the governor-elect was making unsubstantiated allegations to curry undue sympathies and make excuses having realized the enormous task which governance involves.