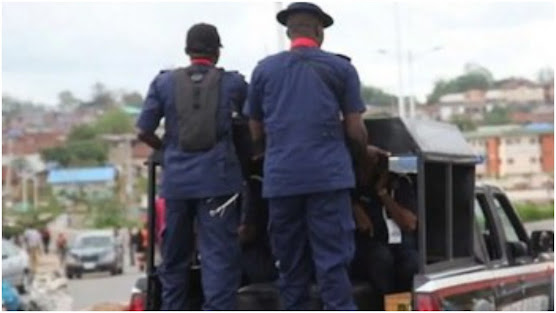 The Nigerian Security and Civil Defence Corps (NSCDC), Osun State Command, has reiterated its commitment towards the fight against adulterated fuel in the country.

The Osun NSCDC Commandant, Agboola Sunday, who made this known as he hosted the executive members of the Nigeria Union of Petroleum and Natural Gas (NUPENG) on Tuesday in Osogbo, said intelligence was needed to achieve that purpose.

He maintained that the meeting came at the appropriate time as his command had zero tolerance for vandalism and illegal dealing in fuel.

He also promised unhindered support for NUPENG in its fight against distribution and supply of adulterated fuel.

Responding, the Acting Chairman NUPENG, Osun State, Festus Omotosho Ishola, commended the gallantry of the Corps in the fight against vandalism.

He also lauded the Corps’s efforts and strong relationship with the union.

Omotosho reiterated that NUPENG will continue working with the NSCDC in the fight against economic sabotage.