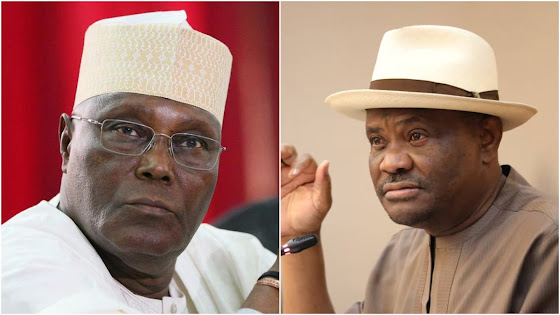 In an effort to reconcile the Peoples Democratic Party (PDP) 2023 Presidential candidate, former Vice President, Atiku Abubakar and Governor of Rivers State, Nyesom Wike the Board of Trustees (BoT) has set up a committee of all.

Recall that Atiku and Wike’s camp have been in a cold war since the party’s primaries and the unveiling of Delta State Governor, Ifeanyi Okowa as the presidential candidate’s running mate.

Briefing journalists at the end of the BoT meeting which lasted for about 4 hours in Abuja, former lawmaker, Senator Abdul Ningi said the committee is expected to interface between the warring camps.

He said, “we have set up in this meeting committee of the BoT to be able to interface between warring factions, particularly the acrimony that is taking place between the presidential candidate and Governor Wike.”

Ningi said the committee is also expected to reconcile other conflicts that are taking place in the party across the country.

“The committee is the committee of the whole, that means every other BoT member is a member of the committee. I cannot tell you the grievances and the time frame,” he started.

On whether the call for the resignation of the PDP National Chairman, Senator Iyorchia Ayu was discussed at the BoT meeting, Ningi said: “we have not even discussed any issue of anybody stepping down. What we discussed is what I told you”.