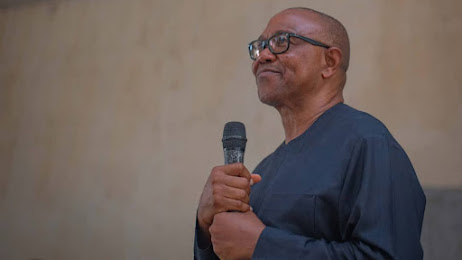 Peter Obi’s media officer has dismissed an alleged deal between the presidential candidate and Atiku Abubakar.

There are speculations that Obi reached an agreement with the Peoples Democratic Party (PDP) flagbearer ahead of the 2023 election.

In reply, his camp chastised “uncharitable propagandists” for distorting facts in order to portray their paymasters as relevant.

A statement condemned “spin-doctors” for promoting an “utterly false story that Peter Obi met with his PDP counterpart and reached a deal”.

It noted that Obi’s foreign trip and itinerary were already in the public domain while his meeting in the UK with some Nigerian political leaders was not a secret.

It added that the duo’s messages are resonating with the embattled Nigerian public who are anxious more than ever to reclaim their nation.

“The LP candidates are on a divine mission to rescue and rebuild this country and cannot be distracted by any fabrications intended to mislead.

“If Obi’s mission is to rescue Nigeria from the old order, he ought not be seen working for the changing order.”

The statement wonders why people who called ex-Anambra governor a social media phantom wave without political structure to win the 2023 election are struggling to “photoshop” him with their candidate.

It said Obi respects Atiku or other leaders because of his sound upbringing as well as style of politics devoid of hate and bitterness which should not be misconstrued.

“Obi-Datti media office is privy to intelligence that many distorted stories will be dished to the public to create confusion in the minds of the public.

“Such a mission is dead on arrival because the people’s commitment to the Obidient assignment is total,” the rebuttal added.