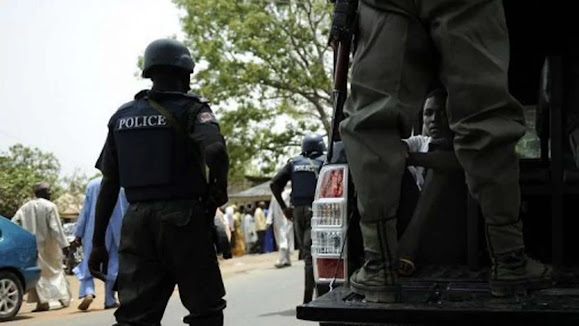 Oyo State Police Command has said two suspects were arrested over attempts to kidnap staff of a private university in the state.

The command noted that the suspects wrote a letter to the university to pay some amount of money.

The suspects according to the police, said in the letter, that failure to provide the money will lead to the abduction of staff of the institution.

Commissioner of Police, Adebowale Williams, however, on Monday, revealed that the suspects have been arrested.

Williams while parading the suspects in Ibadan, added that preliminary investigations revealed that on Thursday 11/08/2022, the suspects sent a ‘’Hand-Written” note to the management of a private university institution, in Oyo town wherein they threatened to abduct three of its students should the management fail to pay-up (#10,000,000) Ten Million Naira within a stipulated period.

Williams said that the threat disrupted academic activities in the institution.

He maintained that investigations carried out led to the arrest of two suspects.

The suspects are Olarinde Adekunle and Azeez Mufutau.

Williams said, “The investigation further led to the arrest of one Olarinde Adekunle who confessed as to being the author of the hand-written notes under scrutiny and added that Azeez Mufutau was used as a decoy for the purpose of concealing his direct involvement.

“Investigation is now in progress and further developments will be communicated accordingly”.