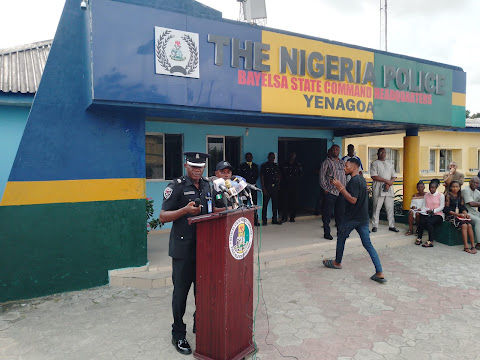 The Bayelsa State Police Command, on Tuesday, paraded five notorious suspected kidnappers, oil pipeline vandals, including two brothers, who have been terrorizing and abducting innocent indigenes of the state.

It was gathered that the five suspects who were arrested in a suburb of Yenagoa, the state capital, and Nembe Bassambiri, in Nembe Local Government Area of the state were arrested over offences bothering on pipeline vandalism, sea-piracy, kidnapping, and illegal oil bunkering.

Mr. Kelvin Sutomwa Martins, a 37-year-old popularly known as Lugard, according to the police was allegedly among the gang that blew up two trunk lines carrying crude oil on different occasions.

Briefing newsmen on Tuesday at the police headquarters in Yenagoa, the state’s Police Public Relations Officer, SP Asinim Butswat, said the briefing is predicated on the recent successes recorded by the command in the fight against pipeline vandalism, illegal oil bunkering and economic sabotage in Bayelsa State. 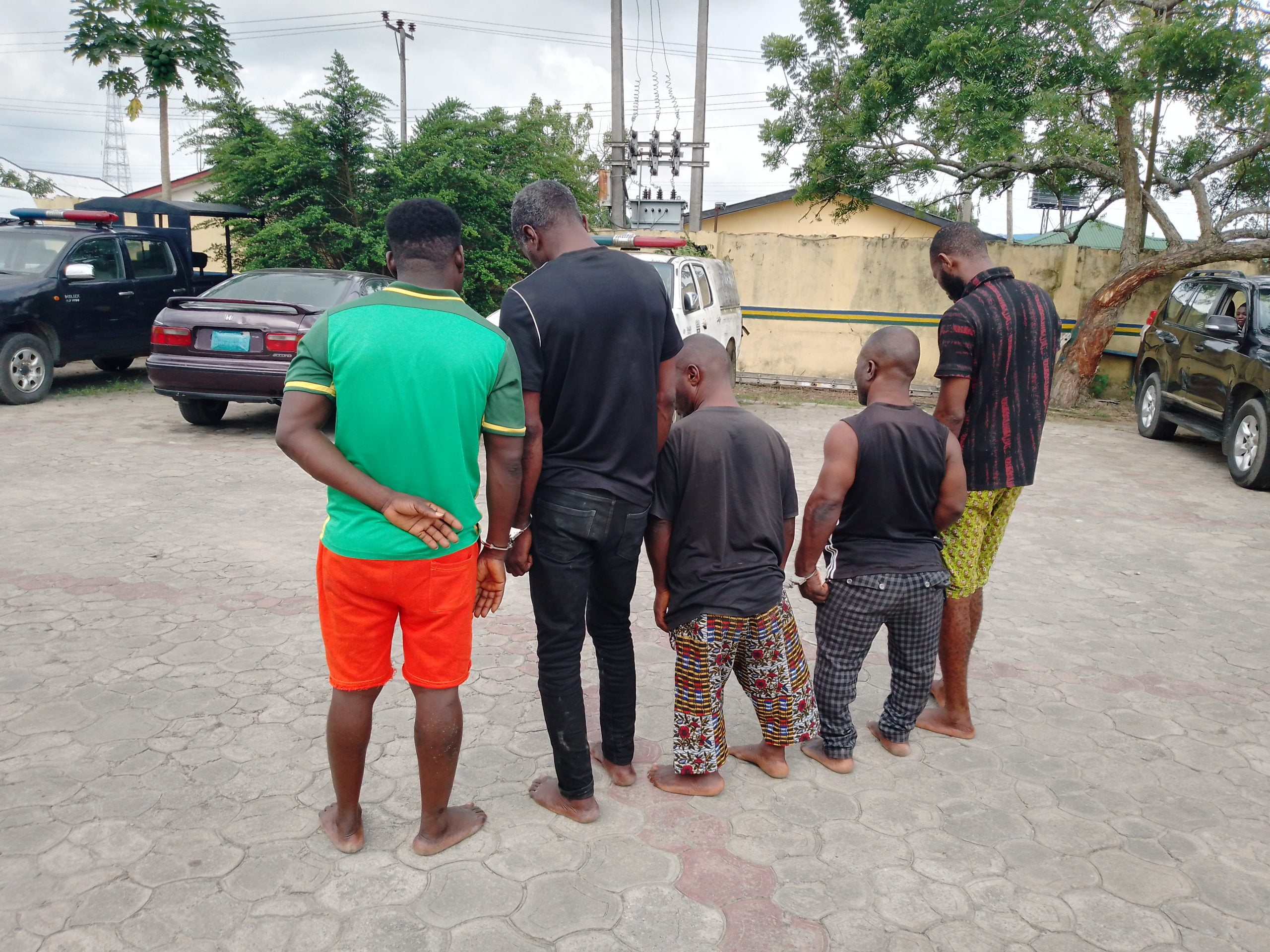 He continued “In recent times, the Bayelsa State Police Command was confronted with reported cases of pipeline vandalism, sea piracy and illegal oil bunkering activities. These crimes have negatively impacted our environment – most especially the Marine life – and the economy of the country at large.

“You may recall that on 30th July 2022 at 0200 hours, pipeline vandals blew up a Trunkline carrying crude oil from Omoku to Brass Terminal at Etiama, Nembe Local Government Area, Bayelsa State.

“In a related attack, on 11 August 2022, at about 0100 hours, the same vandals with the aid of an Improvised Explosive Device (IED) blew up a crude oil delivery pipeline at Obama Tekere River. This line also supplies crude oil to Brass Terminal.

“Consequently, on 6th August 2022 at about 1145 hours, acting on credible intelligence, the operatives of the Anti kidnapping unit arrested one Kelvin Sutomwa Martin ‘m’ 37 years aka Lugard at Agbura, Yenagoa. The suspect has been on wanted list of the command for various offences such as: kidnapping, sea piracy and pipeline vandalism. Upon interrogation the suspect mentioned his cohorts who are residents of Nembe Bassambiri, Nembe Local Government Area.

“In a follow up operation on 12 August,2022 operatives of the Anti kidnapping unit in collaboration with youths working for Labrador Security outfit arrested one Ebiebere Paul ‘m’ 42 years, Christian Ayibatariworio ‘m’ 43 years, Owori Clarkson Paul ‘m’ 45 years and Beregha Kingsley ‘m’ 32 years, aka kalaboy, after a fierce gun battle at their hideout in Nembe Bassambiri and Nembe Creek.

“All the suspects have confessed to their involvement in the recent attacked on a Crude oil delivery pipeline at Obama Tekere River and a Trunkline at Etiama, Nembe Local Government Areas.”

The Bayelsa State Police Command said it will continue to collaborate and synergize with other sister security agencies, community youths and relevant stakeholders to protect critical national infrastructure.

It added that the suspects will be charged to court at the conclusion of the investigation.