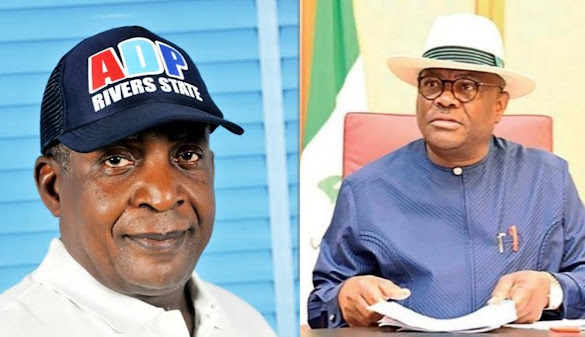 He said the major problem in Rivers was poverty, “which is the reason we are having increased rate of crime and insecurity”.

The candidate stated that the government generate N57.3billion annually but more than 1.7 million youths are unemployed.

Fingesi added that the state has over 188,590 out of school children due to poor leadership.

In his remarks, Christians said the party was tired of bad governance and decided to give the people a credible alternative.

“We lack good leadership in this state and have suffered a lot. We want to hand over to the people a good pilot”, he said.

Governor Wike defeated Fingesi in the March 9, 2019 governorship election. The opponent then challenged the outcome of the poll but his petition was dismissed.

Ruling in October 2019, the Rivers State Governorship Election Tribunal described it as an adventure to “discover the non-existent”.

Fingesi also took the matter to the Court of Appeal in Port Harcourt; the appellate court struck out the appeal in December 2019.