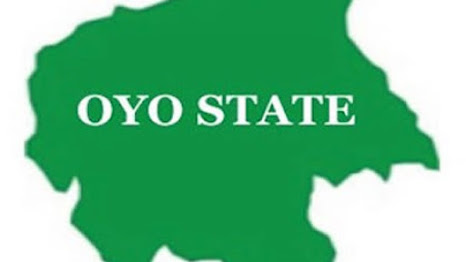 No fever than five suspects have been arrested by security agents in Orile-Igbon, an ancient town in Ogbomoso geo-political zone in Oyo State.

It was gathered on Thursday that the five suspects among whom are two women and a tea seller identified as Sheu Kano are detained by the security agents in connection with a series of abductions in the area.

Saga Gist reports that no fewer than four people had been abducted in the area in the last month.

Christopher Bakare, a farm supervisor at the farm of a former governor of the state, late Christopher Adebayo Alao-Akala was abducted on Saturday, 16 July at Jabata in the Surulere local government area of the state.

A private hospital owner identified as Baba Rasheed was also abducted on Friday 22 July this year in the same local government area.

A hotelier, Mr. Gbenga Owolabi and one of his staff, Rachael Opadele were also kidnapped at Abaa area in Ogbomoso town on Thursday, 28 July.

The duo of Owolabi and Opadele were abducted and killed by their captors after a sum of N5m was paid as ransom.

It was gathered that security agents among whom are men of the Nigerian Army from 2 Mechanized Division, Ibadan, Nigerian Security and Civil Defence Corps (NSCDC) and Western Nigeria Security Network (WNSN) also known as Amotekun have arrested five suspects.

The suspects according to sources were arrested on Sunday at the Sabo area of Orile-Igbon during a search operation, conducted by a combined team of security agents.

Sources said that a large cache of arms and ammunition and army uniforms were allegedly recovered from the suspects.

It was gathered that the suspects are still under interrogation as of the time of filing this report on Thursday.

The Olugbon of Orile-Igbon, Oba Francis Olusola Alao, when contacted, confirmed that the security agents have arrested some suspects and recovered some exhibits.

The monarch on Thursday, added that what the security agents did was part of the investigation.

The monarch, however, revealed that all the suspects are still under investigation.

“I heard about the arrest of some people in my domain but they are all subject to investigation.