Serie A: Hellas Verona fined for racist chants against Osimhen 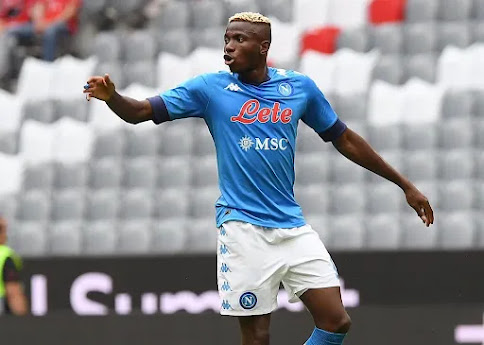 Hellas Verona has been fined €12,000 after their fans racially abused Victor Osimhen in Monday night’s Serie A clash.

Osimhen was subjected to racist chants by some section of the home fans inside the Marc’ Antonio Bentegodi Stadium.

Napoli won the thrilling encounter 5-2 with the Nigeria international scoring once and also grabbing an assist.

“it was decided to sanction Hellas Verona club with a fine of 12,000 euros for making its followers, during the match, repeatedly sing insulting choirs of a territorial matrix towards the opposing team (Napoli), “reads a statement released by the Federal Prosecutor’s office.

Osimhen has been subjected to racist chants by opposing fans since his arrival in Italy in 2022 from Ligue 1 club, Lille.

Several black players have faced similar insults from fans in Italy despite efforts by authorities to clamp down on the menace.